The highly-rated Hulkenberg, who once came close to a Ferrari seat, has yet to take a podium in F1 but is moving closer to the front as his Renault team makes progress.

Hulkenberg said that while he still wants to achieve much more in F1, he is already satisfied to have held onto a place on the grid for so long given he has not had sponsorship to bring to teams.

"In a way that is an achievement," he told Autosport in an exclusive interview reflecting on his career.

"To still be here and have survived that, I think it does say something about me and the driver I am.

"At the same time that sounds a bit shit also. And boring, you know? I want more.

"I have a very good team partner with Renault now, and obviously we have a target together and a vision that we're fighting hard for and working for."

Hulkenberg reckoned that the only time there was a serious risk of him disappearing from F1 was when Williams dropped him in favour of the well-supported Pastor Maldonado at the end of his rookie season in 2010. 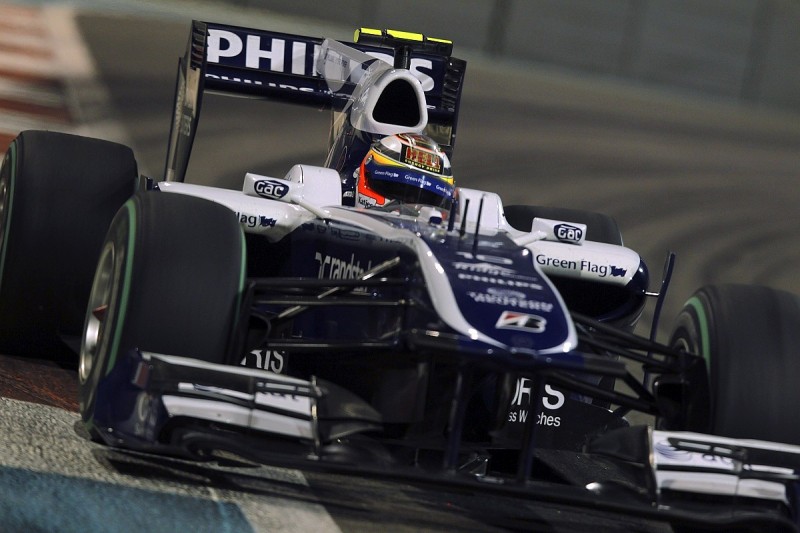 The lifeline of a Force India reserve role got him back onto the grid in one of its race seats for 2012, and after a single season with Sauber he then returned to Force India for 2014-16 before last year's Renault switch.

"Obviously at the end of 2010, that was the most dangerous and severe time, let's say, after my first year and when Williams didn't keep me on," he said.

"Since then, there were teams out there valuing talent over money - which was good for me."

Asked if he ever felt vulnerable, Hulkenberg replied: "Maybe yes, in a way. I never had the help of money in the background - it could be the cherry on the top a little bit - whereas some others had that to offer.

"But I had to do it through performance and convince that way."

Hulkenberg came close to a Ferrari deal for 2014, as the team weighed up a replacement for Felipe Massa.

But despite contracts having been drawn up, in the end Ferrari made a last-minute decision to sign Kimi Raikkonen as team-mate to Fernando Alonso.

Looking back at that time, Hulkenberg said the Ferrari move had "seemed serious" and "seemed close" but says he does not waste time wondering what might have been.

"There were negotiations, there were contracts flowing about, being sent between lawyers, but it doesn't matter now," he said.

"At the end it didn't happen, and the rest is history."