In recent years, following the ban on refuelling for 2010 and switch to high-degradation Pirelli tyres for '11, F1 drivers have regularly complained about not being able to push for long periods in races to save fuel and extend tyre life.

The technical revamp - including a new specification of bigger tyre from Pirelli - are aimed at changing that for 2017, but Hulkenberg is yet to be convinced it will work.

Asked if he was optimistic about the direction taken by F1 for 2017, Hulkenberg said: "I am not sure.

"I don't know at the moment how those cars and tyres will behave.

"It is a bit early for that, as I haven't felt and run those tyres.

"We will only know better once we start testing and have done a few races.

"I hope that they allow a bit more free pushing and not as much management.

"But I am not sure that will be the case."

Hulkenberg said drivers "sometimes feel limited" when having to manage their pace through a grand prix, adding that "you need to decide when you pick your battles". 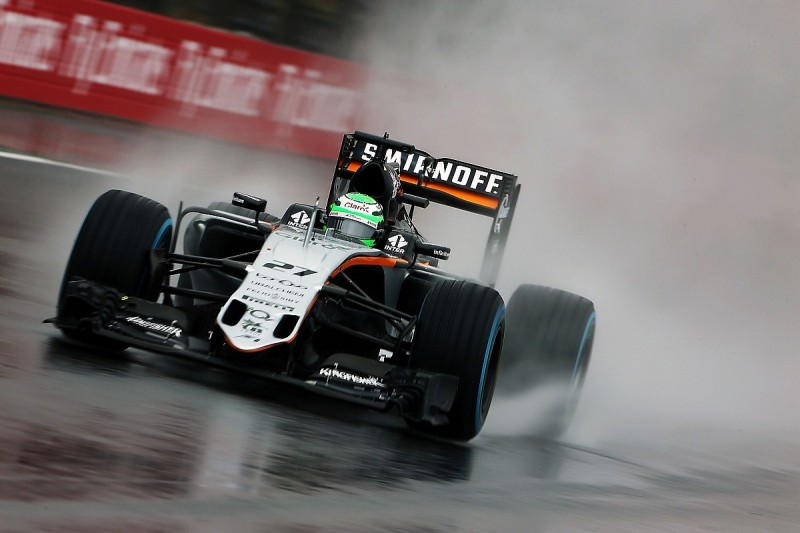 The F1 tyre supplier met with drivers at the following race in Abu Dhabi to discuss how to improve matters, with an additional wet-weather compound one of the ideas under consideration.

Hulkenberg added that the problems in the rain at Interlagos did not come as a surprise.

"We have seen it quite drastically in Brazil now that we need to improve the ability of the tyre to cope with standing water and to drain more water," he said.

"We knew that for some time but, because we had so few wet races, the subject was not picked up.

"But now obviously it is picked up because of us not being able to race.

"It was not really heavy rain [in Brazil], it was only drizzle but that was enough to get aquaplaning and to stop us racing."