The change has been made in conjunction with a resurfacing of around two-thirds of the circuit.

The chicane has previously been the scene of serious accidents after drivers have lost control or had a technical failure either exiting the tunnel or under braking.

Karl Wendlinger, Jenson Button and Sergio Perez - pictured below -all suffered injuries that kept them out of races. There have also been many accidents involving collisions after failed overtaking moves.

The FIA and the Monaco authorities have made attempts to improve the situation, notably by moving back the end of the barrier that separates the track from the escape road.

Although the new rougher surface is intended to help drivers who are out of control to slow down, damage to tyres could be a side effect for those who lock up and cross it.

But Renault's Nico Hulkenberg believes that will not be an issue.

"It's very rough, high grip, like sandpaper," he told Autosport. "But by the time you get onto that surface you release the brakes and you roll across it. I don't think it's a major problem."

The resurfacing to the track means that teams and drivers will have to learn about the changes on Thursday. 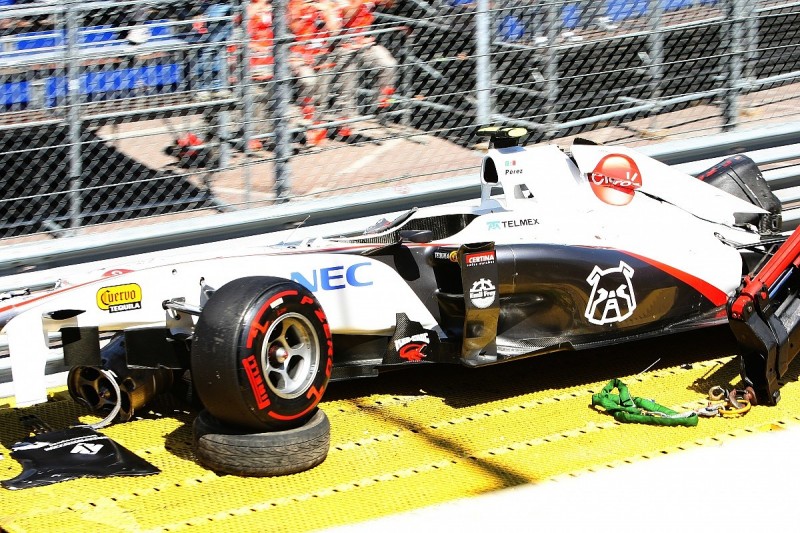 "This represents some two-thirds of the circuit."

Getting tyres into the operating window has proved critical since Pirelli introduced its 2019 compounds.

That means the new track surface could have some influence on the weekend, which will also be the first appearance of Pirelli's softest compound, the C5.

Romain Grosjean said the impact of the surface change is unclear, and the Haas driver added: "Let's see how the tarmac reacts with the tyres.

"Some places the resurfacing actually helps a lot, some others it doesn't help, so we'll find out."

Alfa Romeo's Kimi Raikkonen said: "Some tarmac can be good, some tarmac has more grip than old ones and some have less.

"Hopefully it's a grippy one because that would be helpful here, but we'll see how the track is.

"It always changes a lot every year so we will find out when we drive."

Promoted: The engineering students helping to create a 2019 Formula 1 car