The Mercedes Formula 1 team will run special branding at the 2019 Monaco Grand Prix as a tribute to Niki Lauda, who died on Monday

The triple F1 world champion was Mercedes' non-executive chairman and a prominent figure at races before falling ill last year.

To honour his memory, Mercedes will run with "Danke Niki" and Lauda's signature on the noses of the cars of Lewis Hamilton and Valtteri Bottas.

One of the stars on the engine cover will also be red "in Niki's honour and memory", Mercedes explained.

This branding will be on the car from Thursday practice in Monaco, while further elements will be added during the weekend.

It is understood that the two teams Lauda won world titles with - Ferrari and McLaren - also plan to run something on their cars in his memory.

McLaren has since confirmed it will run two stickers on the car and his crash helmet will be on display inside the team's hospitality unit - as well as his 1984 Austrian Grand Prix winning trophy.

A minute's silence on the grid before the race has also been suggested. 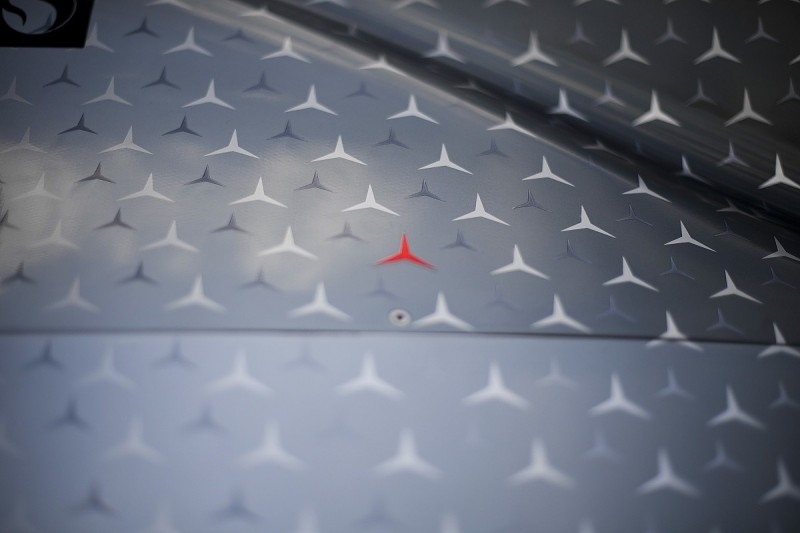 Hamilton was excused from Wednesday's media sessions following Lauda's death and the team asked for "understanding in the circumstances that Lewis lost a very close friend in Niki fewer than two days ago".

Lauda and Hamilton had a long-running relationship and Lauda played a vital role during the 2012 season to lure Hamilton to Mercedes from McLaren.

"He meant a lot to me but for every single team member of ours [too], in the race team and at the factory - he was a big part of the Mercedes family," said Bottas.

"He was a massive motivation for everyone, for myself as well, as a driver because of everything he achieved and with the difficult career he had, all the comebacks and everything.

"As a person, it's been great, and I will never forget [the] many good moments.

"It's not nice in terms of mindset for the weekend but I'm sure as a team we can turn it into a strength and respect Niki by going flat out on track and bringing a good result."

Bottas said that the "funny" side of Lauda, "full of a good sense of humour and so direct", was an obvious positive memory of the man.

He said that Lauda's support during difficult moments was a more serious example of his character.

Bottas said: "He didn't take different routes, he always said things directly. That made for some funny situations sometimes in meetings.

"The main thing was, when I had some bad races, and difficult times, he was still always available to speak about anything, and really supportive.

"He had the experience himself, in life and racing, that there will be setbacks and you can really improve from those.

"In that sense, that's been massive motivation for me and will stay in my mind."