The revamped Kyalami racetrack in South Africa is "close" to being compliant with Formula 1 standards, according to circuit developer Andrew Baldwin

South Africa has not hosted a F1 race since 1993 but Kyalami has since undergone extensive renovations to bring it back up to standard.

A redesign and update of the now 2.81-mile circuit has been completed with significant upgrades made to the safety features.

"We have a track which is close to being compliant for F1," said Baldwin, group property manager for Porsche SA and Kyalami.

"There are a couple of areas which maybe would have to be changed.

"We have engaged with [FIA race director] Charlie Whiting from an approval point of view. He came to see us last year.

"We're working towards FIA grade 2 accreditation, which means everything except F1. We can do F1 testing here.

"We have gone all out on the safety features, including upgrading the guardrails, all debris fencing and all the gravel traps.

"So in terms of safety, we have a very compliant racetrack and when we're finished, we'll get Charlie back and maybe we'll talk to him then."

Baldwin concedes that a imminent return of F1 is not on the agenda considering the amount of funding that would be required.

"The challenge is the business model, in terms of finding the money to bring F1 to South Africa," he said.

"I can't see it at the moment, but never say never. We'd love to see F1 back in Kyalami."

When asked what would be required to bring a grand prix back to the country, Baldwin said: "We would need government support. It's the only way, as proven in other countries.

"They are aware what we're doing, but I can't say we've had any formal discussions." 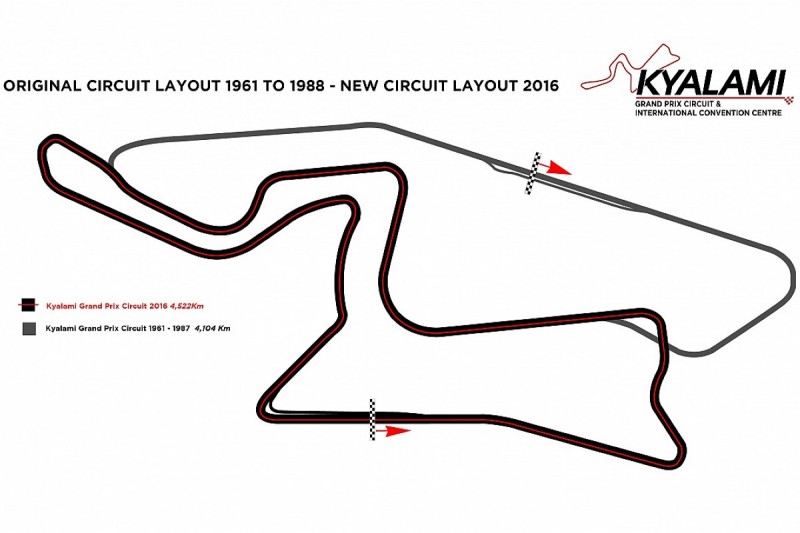 Insight: The Williams F1 team's financial gamble is paying off