The 2009 F1 world champion, who is filling in at McLaren while Fernando Alonso races at the Indianapolis 500 this weekend, was ninth fastest on Saturday, but he already knew he had a 15-place grid penalty after Honda changed the turbocharger and MGU-H on his engine.

As engine related grid penalties apply to the car, and not the driver, Button suffered because Alonso has already had to use so many new elements of his power unit this year.

"It doesn't matter how many races you've done or not, it still hurts," said Button.

"They told me yesterday - I was so excited about qualifying because Thursday went really well.

"We both got penalties, Stoffel [Vandoorne, who carries over a penalty from the Spanish GP] will start 12th because he gains my position and I'll start last.

"We would have both started in the points, so it's a shame. But hey, it's never easy, is it?"

Button said he enjoyed the qualifying hour, which he declared will be his final one in F1. 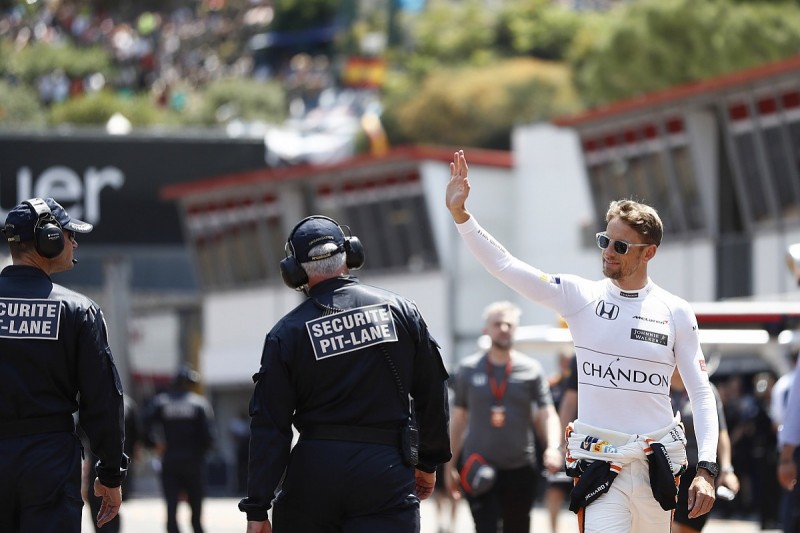 "It's my last qualifying session, and probably one of my most enjoyable.

"I haven't missed F1, I've had such a good six months, then I get back in the car and absolutely loved it.

"I was told to have fun and enjoy it and I definitely have - not just driving the car, but the whole F1 atmosphere."

Button was not really a factor in Q3, where he only had the tyres to complete one run, and he said he could not push to the full limit of the car.

"I've definitely been driving within myself, which is a shame, but you have to around here because [otherwise] you're in the wall.

"It's very difficult for me, but I enjoyed it immensely."