The German driver had set the quickest time in the first sector of his last attempt, but he lost his advantage in the remainder of the lap and finished 0.043s behind the Finn.

Vettel, who had outqualified Raikkonen in all five previous races this year, conceded he pushed too hard on this occasion.

"The car was fine, really nice to drive but I probably pushed a bit too hard in Q3, went wide in Turn 5," said Vettel.

"The second attempt went a bit deep so the second sector I was probably a bit too greedy.

"I wanted a bit too much and lost a little bit."

Vettel, currently leading the championship from Lewis Hamilton, is set to start at least 10 positions ahead of the Briton, who was knocked out in Q2.

The Ferrari driver said he was not interested in Hamilton's place on the grid.

"I don't really care about that," he said. "We were both fighting for the best spot for tomorrow." 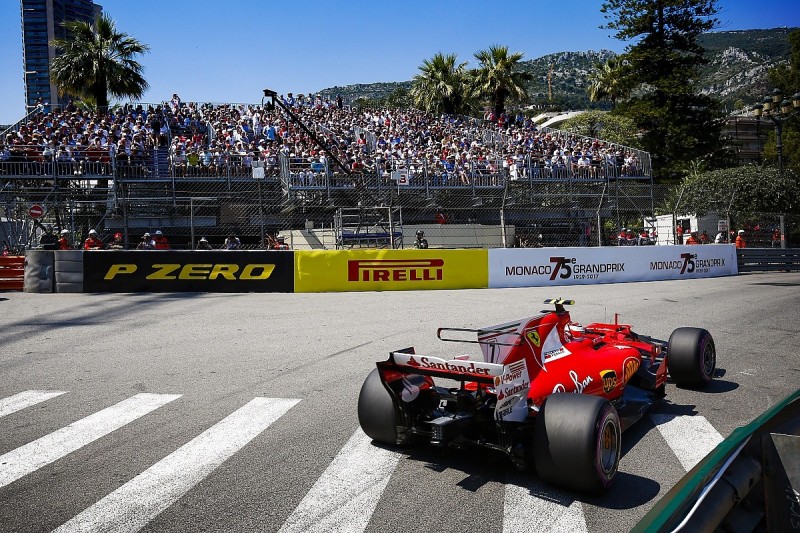 Despite overtaking in Monaco being virtually impossible, Vettel said that he is not expecting any issues with Raikkonen at the start of the race.

"We've done enough races so we know what to do at the first corner," added Vettel, who was given a reprimand after the session for crossing the pit exit line.

"We are here to race. We know that pole is important at Monaco so we know what happens."

Raikkonen, who secured his first pole position since the 2008 French Grand Prix, refused to get carried away despite his starting position.

"Obviously it is best place to start for tomorrow but doesn't guarantee anything," Raikkonen said. "Nevertheless I will happily take it.

"All weekend has been quite OK. I have been struggling in certain places and working and trying to figure it out.

"Qualifying was better. Not inch perfect, but it was never going to be perfect, but good enough. I was very happy with the car."