Evidence examined has included a helmet camera that Schumacher was wearing when he hit a rock on December 29.

Although the investigators are not in a position to state exactly how quick Schumacher was going when he fell, the prosecutor at Albertville said at a packed press conference on Wednesday that police were not focusing on speed as a major factor in the crash.

Patrick Quincy said: "We are going to study the film with the best qualified people and with experts.

"If necessary we will be able to say what the speed was - but speed is not a particularly important aspect for us, nor [will it be] important for decisions we will likely take at the end of the inquiry."

One of the investigators assigned to the matter, Stephane Bozon, said that a more detailed investigation of the helmet video would be required.

"Looking at the evidence he was a very good skier," he said. "He did go off piste, and when he went off piste he didn't look at reducing his speed.

"But we cannot really tell his speed yet. However, it is a speed of a very good skier on a fairly hard terrain and he was cornering to reduce his speed a little bit."

Quincy said that as well as looking at the Schumacher video, police had spoken to witnesses - including several members of the former F1 driver's family - and had also reconstructed the accident.

He also dismissed media reports that the Schumacher crash had been caught in the background of a video of someone else.

"I heard people talk about a film that was taken by a witness, but we have not received anything from this person," he said. "Personally, I doubt that really it exists."

Quincy revealed that Schumacher had only strayed a few metres off piste during his descent of the mountain.

"He reached an intersection between a red and a blue run," explained Quincy. "He followed the red piste and he went off piste.

"He is evidently a very good skier but one of his skis hit a rock that was sticking out of the piste. 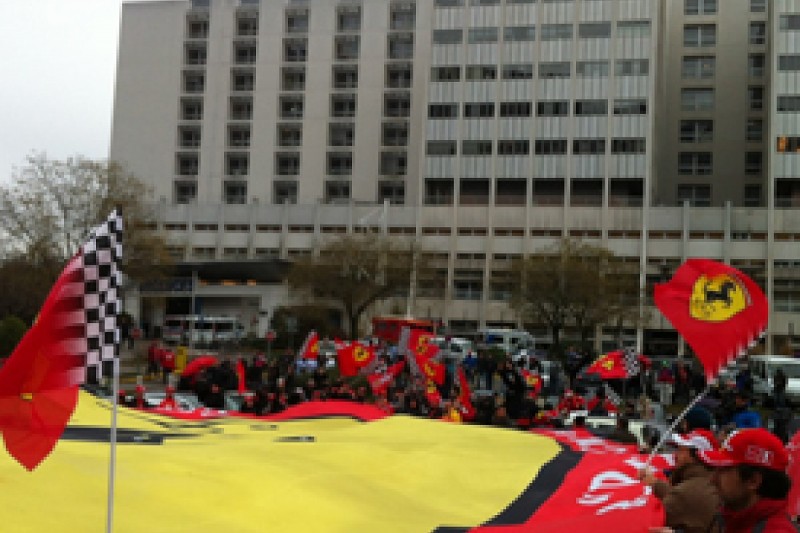 Bozon added that there was no evidence Schumacher's skis had failed or caused the crash.

"The skis were in perfect condition. They weren't the cause of the accident - however there is a scratch underneath the skis that proves that he did indeed hit a rock."

Quincy doubted Schumacher had strayed into an off piste zone because of poor markings.

"The piste was very well marked so that every skier can tell where the slope actually ends," he said.

"It is very well marked where the slope ends to prevent skier going into a dangerous zone."

Schumacher remains in an induced coma in hospital in Grenoble.

Wolff thinks F1 expenditure is unsustainable in the long term