Red Bull drivers Max Verstappen and Daniel Ricciardo dominated Friday afternoon practice for the Mexican Grand Prix, before the pacesetter's car shut down out on track

Verstappen hit the front during the early running with his pace on ultrasoft Pirellis, posting a time of 1m17.437s to lead team-mate Ricciardo.

That put them ahead of hypersoft-shod Sergio Perez, with Mercedes driver Lewis Hamilton in fourth and 1.3 seconds down using supersofts.

Sebastian Vettel was the first of the frontrunners to attempt a qualifying simulation run on hypersofts, but was only quick enough to go second behind Verstappen.

This set the pattern for the Ferrari and Mercedes drivers struggling during their quick runs, with Kimi Raikkonen, Hamilton and Valtteri Bottas all failing to challenge Verstappen.

When Verstappen did start his performance run, Renault driver Carlos Sainz Jr was his closest challenger having posted a 1m17.953s - putting him ahead of the Mercedes and Ferrari drivers.

Verstappen then nailed a lap of 1m16.720s, putting him fastest by 1.233s before Ricciardo slotted into second just 0.153s behind.

Despite his pace, Verstappen said over the radio it was "all over the place, the engine is not doing what it should do" when asked how it was.

With 10 minutes remaining, Verstappen pulled off at the exit of Turn 3 after cutting across the grass when the engine cut out at the entry to Turn 1.

Behind Sainz in third, Vettel ended up the best of the Ferrari and Mercedes drivers and just one-thousandth of a second slower.

That put him 0.092s quicker than the other Renault of Nico Hulkenberg, who had Toro Rosso driver Brendon Hartley - briefly fastest during the first runs - snapping at his heels. 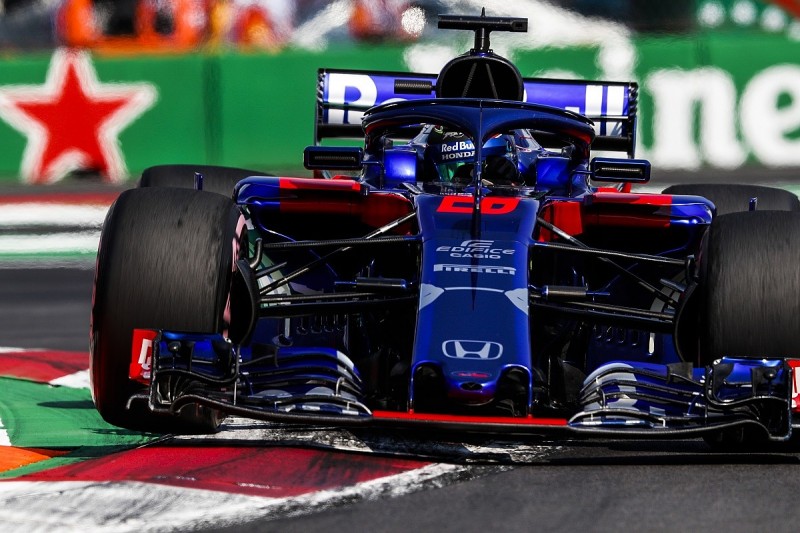 This meant Hamilton ended up seventh, 1.380s off the pace, and 33-thousandths faster than Raikkonen, having earlier had an off-track moment on his first run when he locked up into Turn 1.

Bottas was ninth in the second Mercedes, seven thousandths behind Raikkonen.

Perez was shuffled down to 10th by the end of the session, even though he did improve on his second hypersoft run.

That put him ahead of Racing Point Force India team-mate Esteban Ocon, having his first run of the weekend after handing his car over to Nicholas Latifi in FP1, who was a quarter-of-a-second quicker than the leading Haas of Romain Grosjean.

At the bottom of the timesheets, Fernando Alonso beat Kevin Magnussen to 19th place.

The Dane struggled with tyre temperatures, saying they were "absolutely nowhere" during his performance run.

Many drivers complained about the tyres, with long runs on hypersofts in particular producing very rapid degradation.