Mexican Grand Prix boss Alejandro Soberon has described the last 12 months in readying the Autodromo Hermanos Rodriguez for the return of Formula 1 as "very, very intensive"

FIA race director Charlie Whiting made a final inspection of the 4.304km track on Tuesday, with the likes of the kerbs and run-off areas still to be painted.

The track's location, combined with inclement weather in recent months, has played a part in delays, notably with regard to the laying of the final layer of asphalt, and resulted in a last-minute rush.

Soberon told Autosport: "Charlie is very happy with the way it is coming together.

"He gave us a few suggestions for the final week, which will be done and ready.

"The teams have been coming to check things out. We had Ferrari last week and they are very happy, and we've Williams and McLaren arriving.

"The difficulty has been working on a track that lies within a public park, and that has represented a bigger challenge in certain areas, certainly in terms of time.

"The weather has been difficult, but we are very proud and happy with the way we have come through.

"The circuit is looking pretty amazing, it's a very challenging track, a fast track, and it's going to have some incredibly iconic features."

Around 300,000 fans are expected over the course of the event, and Soberon is expecting a lively atmosphere.

"The level of excitement, you just can't imagine," he added. "It's going to be amazing.

"You are going to see the biggest, the best and the craziest crowd in Formula 1.

"My company has been in the live entertainment business for 25 years, putting on concerts, events, festivals, but the magnitude of this event really transcends those.

"Mexico has a lot of history in Formula 1. Sixteen grands prix have taken place in Mexico, and there is a very heavy fan base.

"Everybody has been waiting since 1992 to have F1 back, so it's a combination of pride and real excitement in seeing F1 returning again to Mexico." 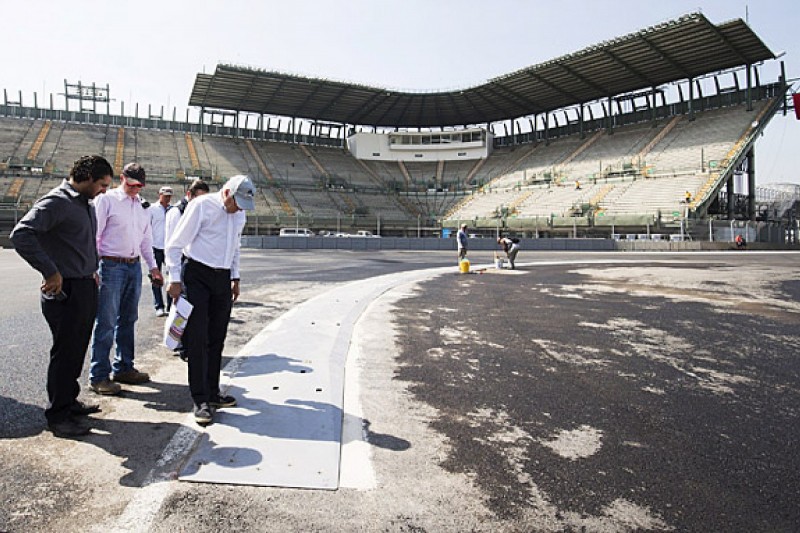 10 themes to watch in Formula E