Mercedes has run Pirelli's wider Formula 1 tyres, which are being developed for 2017, for the first time at Paul Ricard

Pascal Wehrlein drove the modified 2015 car, which also simulates increased downforce levels expected thanks to wider front and rear wings next year, on the first of three days of running at the French circuit.

Kimi Raikkonen also had his first taste of the wider tyres, driving a modified 2015 Ferrari in a separate Pirelli test at Barcelona.

These tests continue Pirelli's test programme, which started with running for Ferrari at Fiorano and Red Bull at Mugello in early August, with Barcelona expected to provide more representative data than was available before. 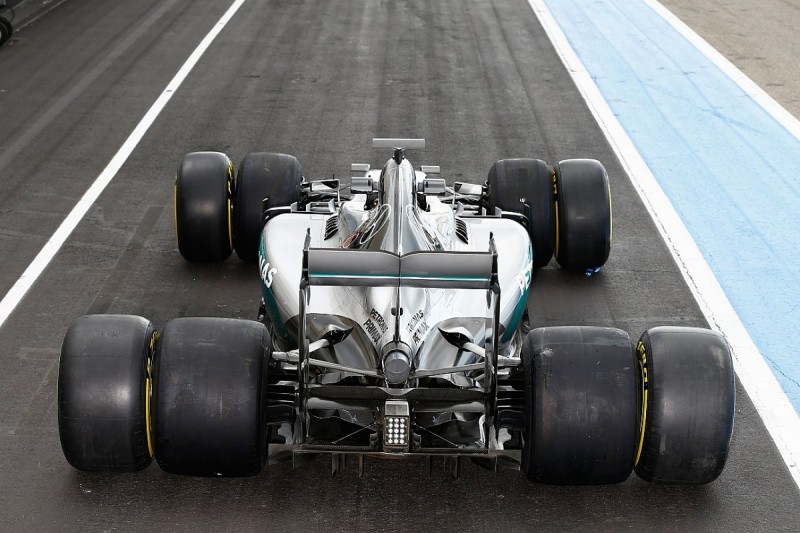 "There is still a lot of screening going on with regard to profiles, structures and materials as we are still in the very early stages of development," said Pirelli motorsport director Paul Hembery.

"It won't be until quite late on in the programme when all the elements come together, but this first test on a representative track is important for us.

"We have all the initial simulation data from Barcelona, the teams have been providing that, so we already have an indication as to where we feel the tyre and car will be on a simulated level.

"It will allow us to compare the hybrid car to what we feel will be the actual data, so that's good reference work for us." 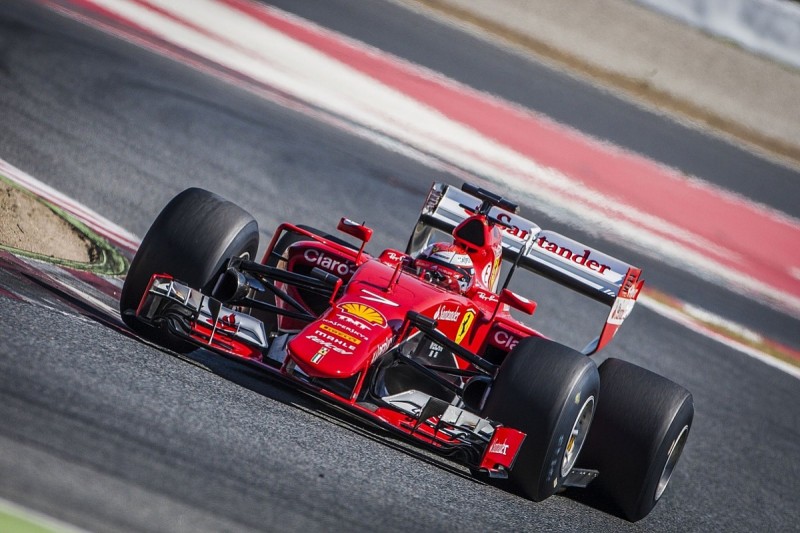 Cars are expected to be around four seconds per lap quicker at Barcelona next year, although such times will not be set in this test.

"It's far too early to get an idea as to how quick these tyres are going to be, said Hembery. "The laptimes are completely irrelevant for this phase."

A key element of this week's tests is that the cars hopefully simulate more closely the levels of downforce expected in 2017.

Further modifications have been made to the cars as those that ran in early August were not to the required specification.

"We need to make sure we have a test basis, and by that we mean a level of downforce that is at least close to what we are anticipating for next season because that has a big impact on the way the compounds will react and behave," said Hembery.

"That's one of the things we will be testing and verifying this week, and we know Ferrari has made a few more modifications.

"It's a learning curve for everybody, including the teams. They've done an amazing job to give us this baseline."

Sebastian Vettel takes over from Raikkonen on Wednesday, when Ferrari concludes its two days of running, while Wehrlein will continue for Mercedes through to Thursday.

The battle for ownership of F1 explained