Mercedes boss Toto Wolff thinks Red Bull would have ‘driven circles’ around his team in Formula 1’s Mexican Grand Prix even if Max Verstappen had not led from the start.

Verstappen surged into the lead from third on the grid in Mexico City by swooping around the outside of Valtteri Bottas and Lewis Hamilton at Turn 1.

With the benefit then of running in clear air, the Dutchman was comfortably able to pull clear before roaring on to an unchallenged win.

While Wolff believes his drivers could have done a better job in holding off Verstappen on the run away from the start, he thinks ultimately even holding him back then would have made no difference to the outcome of the race.

“You have to congratulate Red Bull because the pace was just on another level,” Wolff told Sky Sports F1.

“I don't think we could have won the race even if he would have stayed ahead in the first corner, because they could have driven circles around us around the pitstops.

“In the end, I think for Lewis's championship it was damage limitation. And for the constructors’, Valtteri spinning out at turn one was very painful.”

Wolff conceded that Mercedes’ efforts to get its drivers to work together on the run down to Turn 1 had not worked as hoped, as Verstappen was left enough room by Bottas to run around the outside.

“Yeah, that should not happen,” he said. “I think we had two cars in front and seemed to open up the scene for Max to come around the outside.

“And even the spin [for Bottas] afterwards, and the complete loss of points with Valtteri's car when there could have been a third or fourth place is annoying, to say the least.” 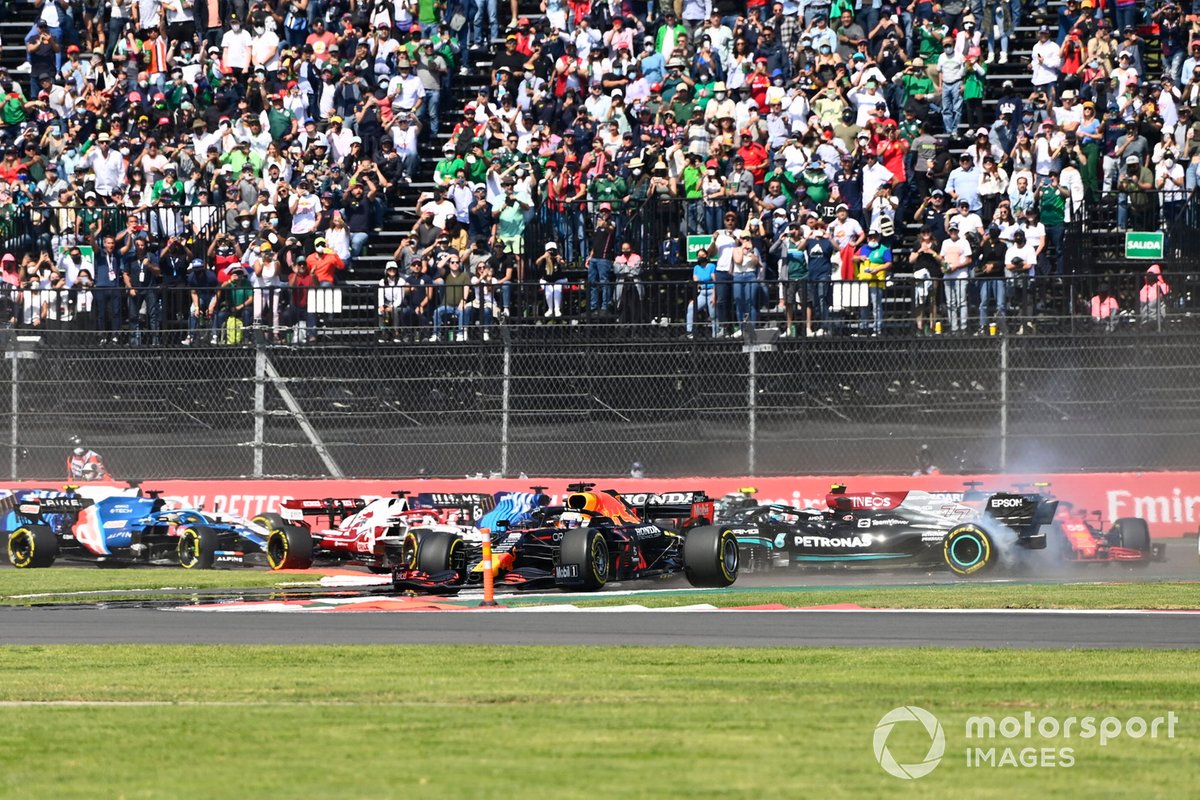 Asked if Bottas taking the fastest lap point from Verstappen offered a slither of good news, Wolff said: “I mean, that doesn't really console me at that stage.

“You see that on a single lap we have the pace in the car, or at least to take fastest lap away from Max. But still overall it is a day to forget for us.”

Verstappen’s win has extended his advantage over Hamilton in the championship to 19 points with four races remaining.

Wolff knows that the next race in Brazil is expected again to favour Red Bull with the team being so strong there in the past – but he still hopes there is an opportunity to hit back.

“I hope we can break the pattern because it was a Red Bull track, but we're going to give it all, and try to fight back,” he said. “And there's another three that are coming.”