Mercedes is ready to accept a compromise on relaxing Formula 1's engine freeze, but only as a one-off for 2015

Following meetings over the United States Grand Prix weekend, a fresh proposal to allow the freeze to be relaxed was tabled in a bid to ease Mercedes' resistance to change.

AUTOSPORT understands that it will involve allowing a one-off window in July 2015 for a slightly modified engine to be introduced.

Mercedes has previously stated that it does not want the rules to be relaxed permanently because of fears over increased costs.

But high-level sources suggest the team may accept the compromise for 2015 if it can be confident budgets will not increase dramatically.

It is now evaluating the proposal in more detail to understand its implications before fresh talks are scheduled to take place at this weekend's Brazilian GP.

Mercedes motorsport boss Toto Wolff said: "If this is the compromise needed to guarantee long-term stability and agree long term we are not going to change the rules every year, that is something we will look at.

"We are a team which needs to deliver eight power units at a time. Honda does two, Ferrari and Renault four.

"So there's a big difference."

HOW THE FREEZE WORKS

Once a power unit design was lodged with the FIA on February 28 2014, changes were only permitted during the season for "reliability, safety or cost-saving reasons".

A limited number of modifications are still allowed each winter. The scope of the change is limited by a 'token' system related to the individual components on the engine and its hybrid systems. 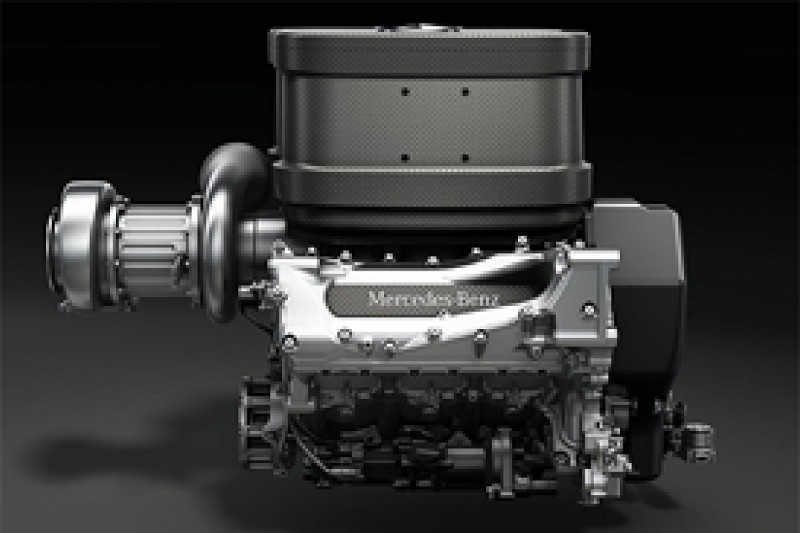 The entire power unit is made up of 66 'tokens', which are weighted individually between one and three depending on how important they are.

Ahead of 2015, five of these tokens are 'frozen' completely but there is scope to review the 61 remaining items if a manufacturer feels improvements are needed.

However, it cannot change all the parts. Only 32 tokens - approximately 48 per cent of the power unit - can be used for 2015.

The proposal to lift the freeze is not designed to allow unlimited development, but to give manufacturers a bigger window to make changes.

So if, for example, they do not use up their full quota of tokens this winter, then under the latest proposal there will be a window to use 13 tokens early next season to introduce a new power unit in July.

How does Rosberg stop Hamilton now?