Mercedes said it ended up treating Formula 1’s Bahrain Grand Prix like a test session, after being left in no man’s land.

The German manufacturer has endured a difficult start to the campaign, with its W13 unable to match the pace of front-runners Ferrari and Red Bull.

Although it was able to hold on to the leaders in the first stint, the combination of a too-draggy rear wing and then a mistake in trying the hard tyres meant it fell away from having a chance of challenging.

But, being left in a scenario where it could not recover to move forwards nor was at risk from behind, Mercedes said it simply used the opportunity to try some things out as Lewis Hamilton eventually came home in third spot.

“In a way it was a new situation for all of us because we are somewhere in a no man's land between P3/P4 and P6,” explained Mercedes boss Toto Wolff.

“Therefore you can experiment more, and I think the experiment with the hard tyres was worth it. Very different to all the other strategies of the front runners and obviously didn't work at all. So more mileage, more laps, more learning."

Wolff says there is no doubt Mercedes has the third quickest car at the moment, and needs to lift its game in a lot of areas.

“Fifth and sixth would have been the reflection where we are,” he said. “I think we were competitive on the first few laps on the soft tyre and we were able to hold on, if not be faster, than some of the guys in front. But we had more deg.

“Nevertheless, it was a good, useful test for us. We tried the hard tyre, which obviously wasn't great. We lost a second a lap and also on the medium, we weren't really able to extract performance so there's some really good learning. 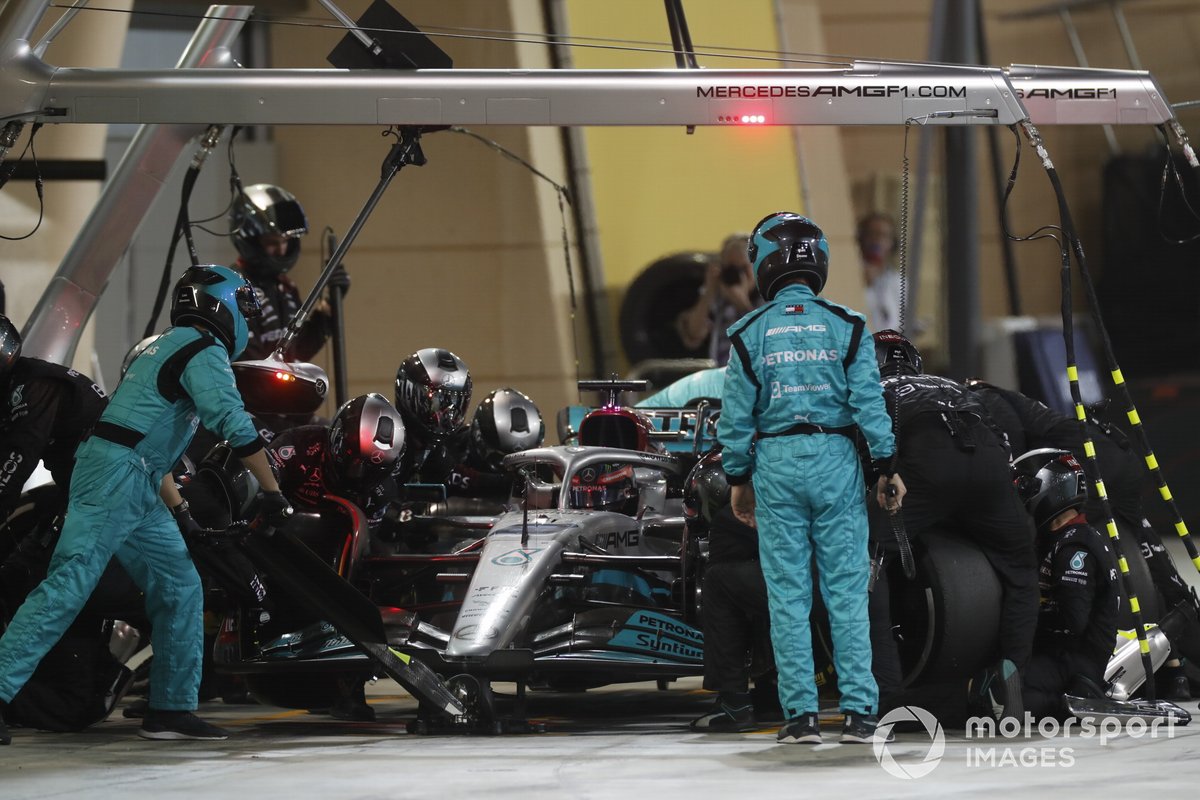 "There's so many areas we just need to improve in order to climb back to race with the guys in front.”

Mercedes is still battling to find the sweet spot in setup for its car to maximise performance and minimise the porpoising effect.

It is convinced that its current car configuration has much more potential than it can currently unlock, due to the compromises it is having to make to limit the car’s bouncing.

That is why Wolff is clear that the answer to its current situation is not in simply bolting on new aero parts.

“Before throwing bits at it in terms of performance, this is where I would see it.”

However, Wolff accepts that the team needs a big step forward in performance before it can think about race wins – and he knows the championship situation looks bleak at the moment.

“But if I look at it as a single race weekend, we probably scored the maximum of points that we could have.

“We need to take it from there. Every single weekend counts and at the moment, it's singular events. Because realistically, when you're third on the road, you can't think about winning.”