Mercedes says it had no immediate answers for what caused the rear-end of its W12 Formula 1 car to be so unstable through pre-season testing, calling it "weak".

Mercedes suffered a couple of setbacks across the three-day test in Bahrain last week, losing running on the opening day to a gearbox issue.

Lewis Hamilton then suffered a spin into the gravel on the second day of testing, with both the Briton and team-mate Valtteri Bottas reporting instability with the rear of the car throughout the test.

Neither driver featured near the top of the timesheets in the final test classification as Red Bull's Max Verstappen set the fastest time.

Speaking about the rear-end issues with the W12 car in Mercedes' testing debrief video, chief strategist James Vowles revealed there were no immediate answers as to what was causing the problems.

"It was pretty evident from that, that the car was handling poorly, and conversely the Red Bull in fact was a very stable car especially through the last sector of the lap," Vowles explained.

"I think that's a fair observation. It was visible to the outside and I would say the laptimes mirrored that as well.

"But it's also fair to say that we don't have answers as we are sat here now, it is just 24 hours after the end of the test. Huge amounts of data available to us and now a long journey ahead to try and understand what was causing that." 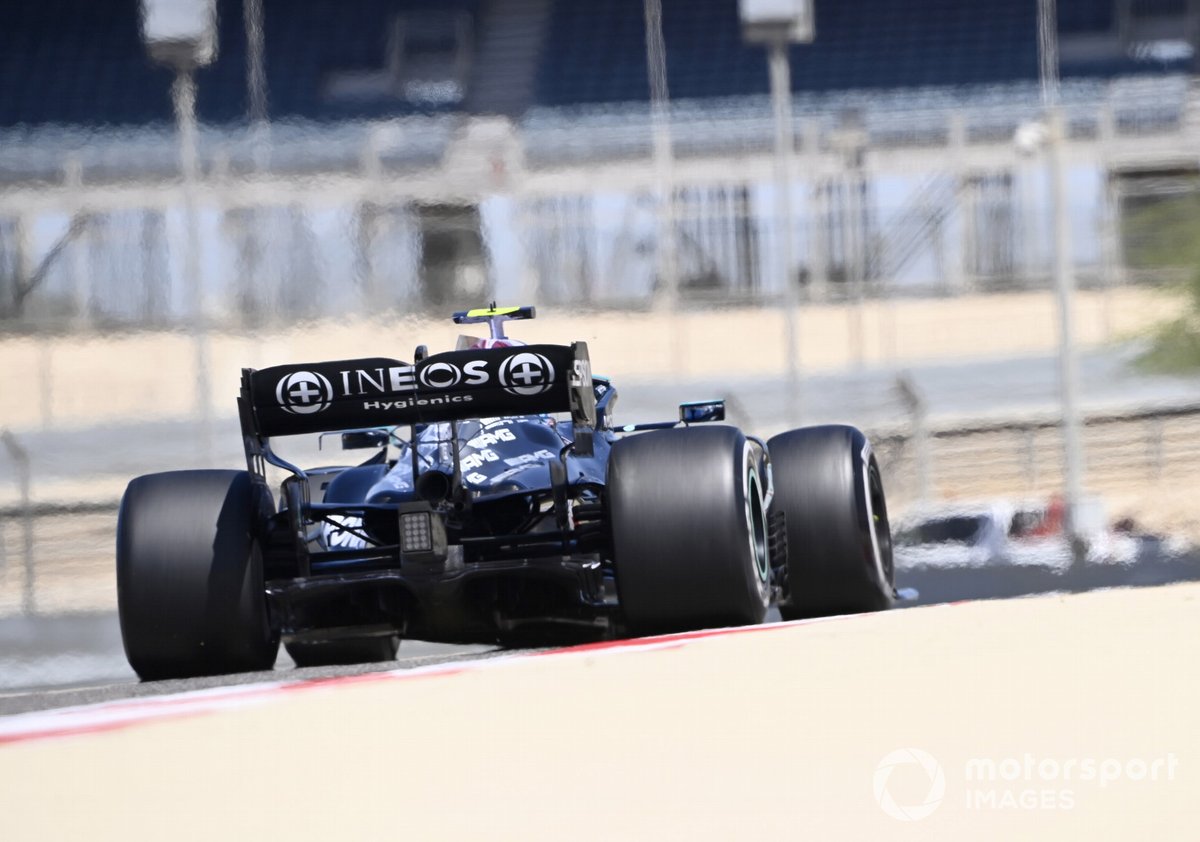 Mercedes trackside engineering director Andrew Shovlin explained how the weather conditions in Bahrain made it difficult for the drivers, with a number of them struggling in the high winds.

But he also noted that Mercedes' rivals were not having such pronounced issues with the rear of their cars, making it clear the team has work to do to rectify the issue.

"The wind made it tricky," Shovlin said. "When the wind is behind the car, you lose a lot of downforce because effectively the air speed is reduced, so some corners where the wind was behind, it was prone to doing that.

"Then also the tyres are quite easy to overheat on that circuit and if you start sliding, you tend to lose grip and it gets worse. So, there are a few problems.

"Importantly, we could see that some of our competitors weren't struggling in the same way as us, so we need to put quite a focus on understanding why the rear end was a bit weak, how we can get it more stable and predictable and that work is going on now.

"Hopefully when we get to the race weekend it won't be so difficult for the drivers because they were having to work pretty hard to do the lap times that they were doing."

Mercedes completed a filming day with the W12 car in Bahrain on Tuesday, giving it a final shakedown ahead of the opening race next weekend.