Mercedes boss Toto Wolff has no fears about his team's sidepod design becoming the subject of a legality dispute in Formula 1.

The German manufacturer revealed a radical new concept ahead of the start of the Bahrain test, using the Side Impact Structures (SIS) as separate fins to help shrink its sidepod bodywork further back to be much smaller than anyone else.

Red Bull team boss Christian Horner was quoted as saying by German publication Auto Motor und Sport that he had doubts about the design being within the 'spirit' of the regulations.

However, his team intriguingly later denied that Horner had given any interviews to media about the Mercedes car.

Even though there has been intense focus on the sidepod design, Wolff said that the concept has been given the all-clear by the FIA.

"The process is very clear, when you go in a specific development direction with your team, having the FIA as part of scrutinising it, you're exchanging CAD data and making them part of the process," he said in Bahrain.

But irrespective of the FIA giving the green light to the design, the governance structure of F1 now means that the rules can be changed with a 'super' majority to prevent a single team using an innovation that others don't agree with. 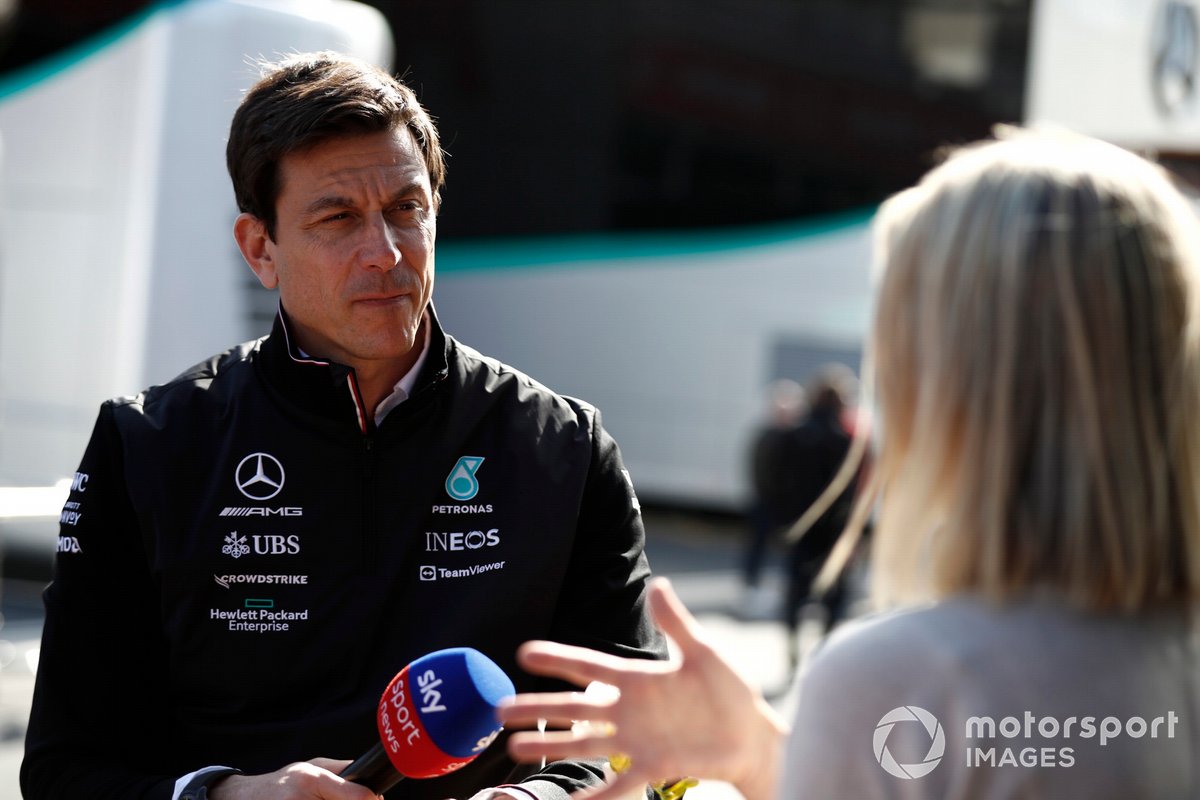 If the FIA and FOM support a change, then the backing of eight teams is enough for an immediate rule change.

Asked by Autosport about whether or not he was worried about the issue potentially becoming a political battleground if Mercedes ends up clear at the front of the field, Wolff said he was not unduly concerned.

"It's clear that sometimes when you come with an innovation, it creates the kind of debate that we're having here," he said.

"That's why that was expected. We have the new governance with the super majority that's needed.

"My opinion is that I would have preferred to stay with the old system, and if a team comes up with an innovation, possibly you can't take it off the car if it's compliant with the regulations.

"I think the FIA and Formula 1 will for sure handle that with diligence, in the spirit of the sport. We were keen in not running alone with that, but being in touch with the FIA, that's why I think it will be okay."