Kevin Magnussen says he didn’t realise how much he missed Formula 1 until Haas offered him the opportunity to make a comeback.

In the wake of Haas terminating the contract it had with Nikita Mazepin, the American-owned outfit made it a priority to sound out Magnussen about whether or not he would be up for a return to grand prix racing as the Russian’s replacement.

Although Magnussen has previously been clear about how much he had enjoyed racing in the United States compared to struggling towards the rear of the F1 grid, he says the chance to get back changed his perspective.

Asked Autosport about what the lure of F1 was after being so happy in sportscars, Magnussen said: "When I left F1, I think I could have stayed in F1 with another team but it would have been messy with a lot of sponsors. I didn’t really have the motivation.

“I ran out of motivation to be running at the back. I had only done that for two years, as previous to that I had been in the midfield and that was really fun. But those two years were tough from a motivational point of view.

“Then I went away, did some other racing and got podiums, pole positions and wins, and that was really fun.

“I was enjoying it and then Gunther called me and ruined all of that! I could just feel in my stomach that I want to do to this. I didn’t know that I missed it that much, but when I got the opportunity I was like ‘yeah’.” 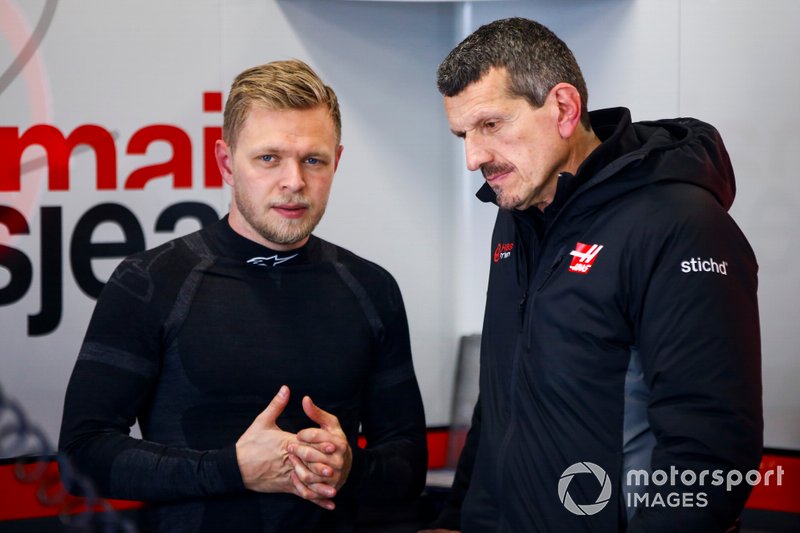 Magnussen said he never expected Haas to consider him as a potential replacement for Mazepin, and that he even went on holiday after team boss Gunther Steiner’s initial call last week.

“Gunther called me about a week ago, and I was just about to go to the US with my family for a holiday before Sebring,” he said.

“I decided to go because I thought ‘let’s see if it happens or not.’ Then I got to Miami and Gunther called back and said, ‘let’s do it’ and so I came back.

“There was a lot of stuff that had to be sorted out, of course. I was contracted to Peugeot, and with Ganassi actually, I was contracted to race with them at Sebring in the 12-hour race next weekend. But he was super nice to let me out of that deal.”

One important aspect to enticing Magnussen back was the offer of a multi-year deal, which will guarantee some continuity for the Dane.

Although he said it would not necessarily have been a deal breaker if the contract had just been for 2022, he says it helped make things a lot more attractive knowing it would be more settled.

“It wasn’t something I said that it has to be, but I was happy it was because it wouldn’t have made sense to come back for one year,” he said.

“I’ve tried it, it is not new to me. Coming back properly and Gunther saying how motivated the team are, it feels like they are in good shape and it was just too exciting. I really wanted to do it. I can feel that.”