Mercedes Formula 1 team boss Toto Wolff admits that his cars risked not finishing the US Grand Prix had it not taken measure to deal with the Austin circuit’s bumps.

Following concerns raised by MotoGP riders over the circuit's bumps earlier this month, circuit boss Bobby Epstein said before practice that “bumps aren't an issue for the [F1] cars”.

But Wolff explained that the team was obliged to take steps not to “massacre” its cars after they bottomed on the Circuit of the America's aggressive bumps during practice.

A similar situation arose at rivals Red Bull Racing, where a cracked wing was spotted on Max Verstappen’s car.

With the permission of the FIA, the Milton Keynes outfit was able to strengthen parts on both of its cars ahead of Saturday’s qualifying session.

“The car was bottoming out quite heavy, and that breaks the car,” said Wolff.

“So we took some mitigating steps to not break it, or massacre it that hard, in order to survive the race.

"Definitely [it was] a compromise for going faster on the track, but maybe a necessity to actually finish.”

In Saturday’s qualifying session Verstappen beat Lewis Hamilton to pole by 0.209 seconds, while his team-mate Valtteri Bottas was only fourth. The Finn carries a five-place penalty for a power unit change, and will start Sunday’s race from ninth.

Wolff conceded that Mercedes had lost out in comparison with its main rival after setting the pace in Friday practice with Bottas, but insisted that the team hadn’t come to a conclusion as to why. 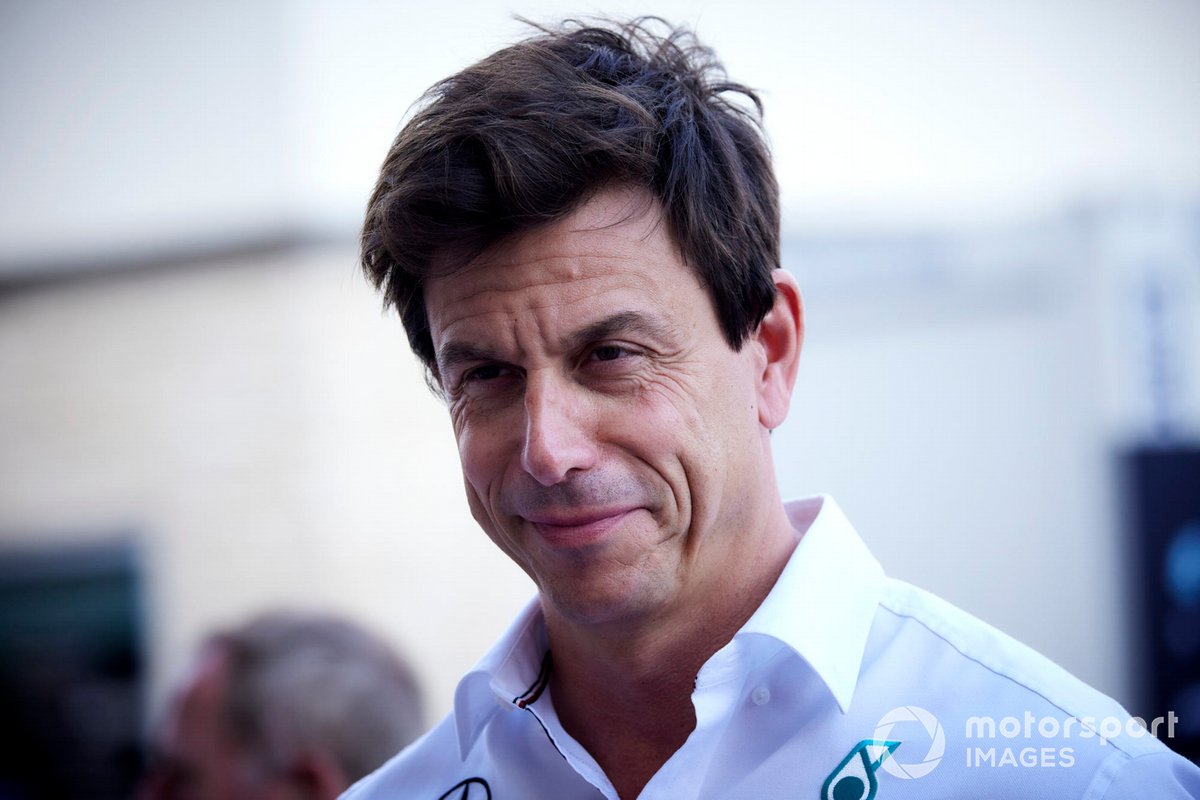 “We have lost performance from Friday to qualifying, clearly, relative performance,” Wolff said.

“We don't know yet where that is. And we haven't got the right explanations yet, but clearly, we haven't met our expectations.”

However, Wolff doesn't think that Hamilton's qualifying deficit will necessarily be representative of race performance and expects that, as on other occasions this year, fortunes could wing either way.

"If you look at the pure performance picture, both Red Bulls look very strong, and probably on paper, they are the cars that are ahead,” he said.

"But we've seen many Sundays that took a very different direction because of the start scenario, or DNFs. And that's why anything goes tomorrow.

“Even though I tend to always say, 'Well the qualifying result is the result at the race', thank God it's not the case, and there is ground we can still conquer tomorrow.

“And hopefully get Valtteri back to sharp end of the grid.”