Ferrari's Sebastian Vettel leads the drivers' standings by 14 points ahead of Hamilton as F1 heads into its summer break, although Mercedes leads the constructors' championship by 39 points thanks to Valtteri Bottas's performance relative to the second Ferrari of Kimi Raikkonen.

But coming off the back of a weekend in Hungary where Ferrari was the dominant force, Hamilton is hoping Mercedes can turn the tide back in its favour when the season resumes later this month at Spa.

"We've given up a lot of points to this point - Ferrari have given up a lot less as a team," said Hamilton, who added that he doesn't think he'll "ever get back" the points he sacrificed to let Bottas back through on the final lap in Hungary.

"We just hope that we don't give up any more points.

"I don't know why we were off the pace compared to the Ferraris [in Hungary], whether or not that will continue in the next race, I've got no idea.

"I don't know whether they've got an upgrade, I'm not aware of that.

"Hopefully we'll go to circuits like Spa and it will be a bit more like Silverstone [where Mercedes was dominant]." 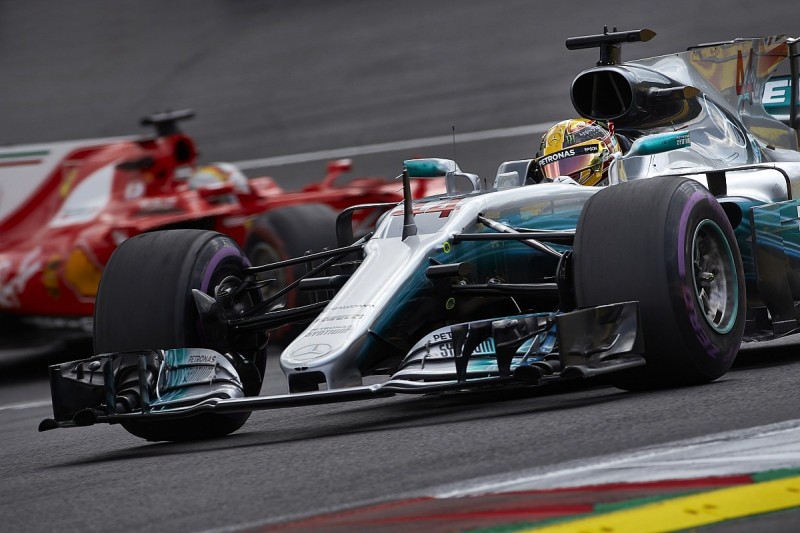 Hamilton said that he felt the summer break was well-timed given the stressful nature of the first part of the campaign, where Mercedes has faced its toughest opposition yet during the V6 turbohybrid era that started in 2014.

"It's definitely been very tough, physically, mentally and emotionally for everyone in the team," he added.

"I can only really speak on my behalf, and it's definitely been a difficult season up to now.

"The break will be very good for everyone to spend some time with family and whatever they do - recharge and come back fresh.

"I truly believe that we have the capability of winning this championship, but it's going to take absolutely 100% of everyone's effort to pull it off.