Lewis Hamilton earned a comfortable victory for Mercedes at Paul Ricard, where the manufacturer introduced an updated engine it called 'spec 2.1'.

Mercedes customer team Force India had to retire Perez's car with an engine issue, which Wolff said sparked a concern about what could happen to Hamilton, team-mate Valtteri Bottas or the two Williams drivers.

No further engine problems occurred before the end of the race and Force India put Perez's retirement down to a leak from a water pump.

Asked if there was concern when Perez stopped, Wolff replied: "Yes, because with a new power unit, you are always listening very carefully, looking at the data what is happening.

"If one of the six power units has a problem, which we understand was a loss of water pressure... obviously you're listening very carefully what happens to your own engines."

Mercedes has built F1's benchmark engine since the start of the V6 turbo-hybrid era in 2014, but reckoned Ferrari had at least matched it at the start of '18.

Wolff said it was "very difficult to say" if spec 2.1 had put Mercedes ahead again. 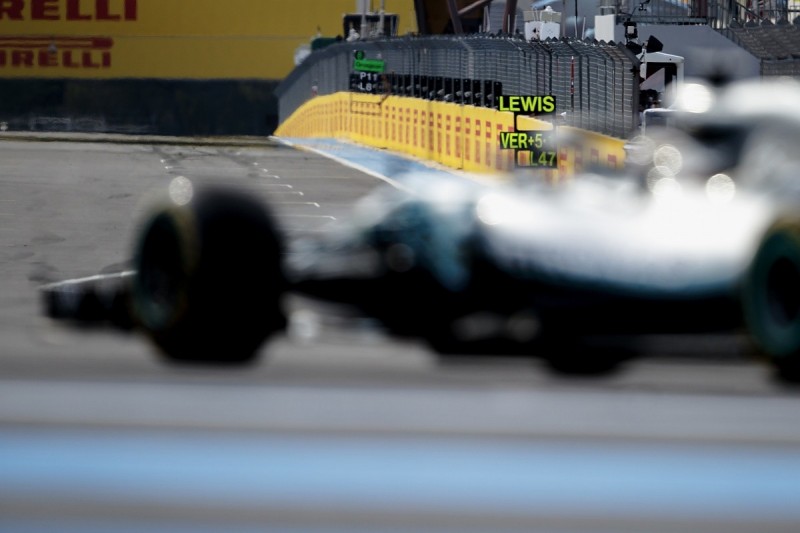 "When you look at the [qualifying] data, the quickest car on the straight was still Kimi [Raikkonen's Ferrari]," said Wolff.

"But we believe he was maybe running a different aero configuration.

"Three power units are pretty close together - Renault, Ferrari and ourselves - at the moment.

"It's about finding gains without compromising reliability, that's the trick.

"That fight is going to continue until the end of the season."

Hamilton was not convinced the upgraded engine played a crucial role in Mercedes locking out the front row in France, or his third win of the year that put him back on top in the championship.

Wolff said his team's transformed fortunes from Canada, where Mercedes failed to introduce the update as planned but also struggled with its car, to France was proof that "marginal gains matter".

"We fell back in Montreal because we couldn't bring the new power unit, and we were racing power unit number one for the seventh consecutive race, and the others introduced their upgrade," said Wolff. "This certainly didn't help.

"We are also constantly learning how to set the car up in the right way in combination with the tyres.

"And, of course, we've also brought some upgrades to the car, which was good to see coming together.

"All these gains in their respective areas added to the solid step that we could materialise each of the three days [in France]."