Renault will finally introduce its long-awaited new Formula 1 MGU-K, originally planned for 2017, at the Austrian Grand Prix, but customers McLaren and Red Bull might not use it

The new part was postponed from the start of last season due to reliability problems, but has been signed off for race weekend use at last ahead of the Red Bull Ring event.

Under the 2018 regulations drivers can use only two MGU-Ks per season without penalties.

Red Bull and McLaren may be reluctant to make the switch until the new specification has been proven on a race weekend, and Renault F1 managing director Cyril Abiteboul suggested one of Renault's customers had already made that decision.

"It's available for all the cars that want it," Abiteboul told Autosport.

"It happens that not all teams have elected to go to the new spec.

"It's one that we've been long awaiting, but it's a bit of a problem that some teams have elected not to use it, which means that they will continue to use the MGU-K of a previous technical definition, with a higher reliability risk.

"But that's our philosophy, to accept the teams' choice." 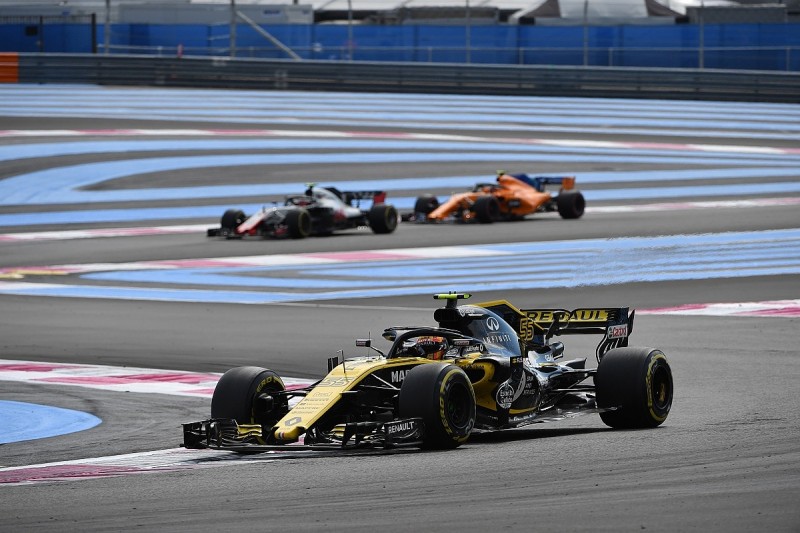 The change comes immediately after works driver Carlos Sainz Jr suffered a failure with the old spec MGU-K in the closing laps of the French GP, dropping him from sixth to eighth.

"It's a part that we know was fragile, it's a part that we deliberately decided to extend the life of, because we knew that there was a new definition, a new spec coming up, with better performance, better packaging and with a better reliability level," Abiteboul added.

"It's coming next weekend, but it's two laps too late for that particular MGU-K!

"Having said that it's not that bad, because it's really showing that we are pushing to the limit and we are accepting to take risks."

Why Vettel's small error could have big consequences