Mercedes is the first Formula 1 team to confirm it has fired up its 2023 car as it continues preparations for next season.

Shortly before factory staff disappeared for the Christmas break, Mercedes hit its target of getting the W14 fired up at Brackley before the holidays.

In a short video published by Mercedes, the team teased the firing up of the car – but made sure to reveal no clues about potential changes to its design.

Mercedes is coming off the back of a disappointing F1 season, where it failed to win a world championship title for the first time since the turbo hybrid era began in 2014.

The W13 suffered from excessive porpoising and it took the squad much of the year to get to the bottom of the issues.

Towards the end of the season the team was much more on top of what it needed to do, and a final push of updates from the United States Grand Prix helped it eventually claim a 1-2 finish in Brazil.

PLUS: The difference between Mercedes’ stumble and the fall of F1 giants

The W13 stood out from its rivals in having a ‘zero-pod’ concept, but its main Achilles heel was that it had been designed to produce maximum downforce as close to the ground as possible.

That choice proved unworkable in the real world, thanks to the impact of bumps and porpoising with the new ground effect models. Mercedes has duly had to change tact. 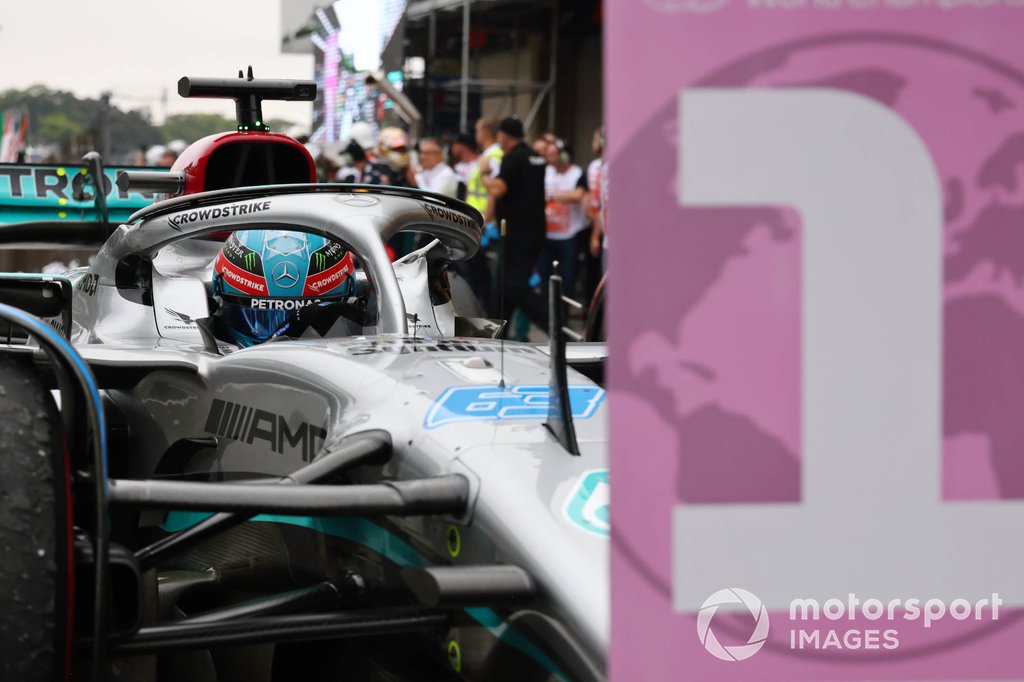 It is expected to make a much larger overhaul of its concept for next season, which could also include a revision of its sidepod design.

Speaking recently, Mercedes team boss Toto Wolff said analysis of what had gone wrong with the W13 had prompted a change of direction for the team in 2023.

“The DNA of the car is going to change for next year, that’s clear,” said Wolff.

“It doesn’t necessarily mean that our bodywork is going to look very different. But certainly what is part of the DNA of the car, the architecture of the car, will change for next year.”

Mercedes will retain the same driver line up next year, with Lewis Hamilton and George Russell being team-mates for the second successive season.