McLaren insists it has complete faith in keeping hold of Lando Norris for the long term, despite him being an obvious target for other Formula 1 teams.

Norris is under contract until the end of 2025, after signing a fresh deal earlier this year.

However, the departure of McLaren team principal Andreas Seidl to Sauber has already prompted suggestions that, when the squad rebrands as Audi for 2026, it could attempt to lure Norris.

McLaren CEO Zak Brown is aware that Norris’s speed makes him an attractive option for his team’s competitors, but he thinks there is every reason the Woking-based outfit can deliver exactly what is needed to keep him on board.

Asked if he was worried McLaren could eventually lose Norris if it does not make enough progress up the grid, Brown said: “No, because I'm convinced we're going to give him a winning car.

“We have a long-term contract with him. I think he feels very comfortable within the team.

“Other than obviously the pressure we put on ourselves, because we don't want to just give him a winning car, we want to give us a winning car. So, I think we've got a runway to get there.

“He knows the journey we're on. He has bought into the journey that we're on, and I think it'd be early to be worried about it.” 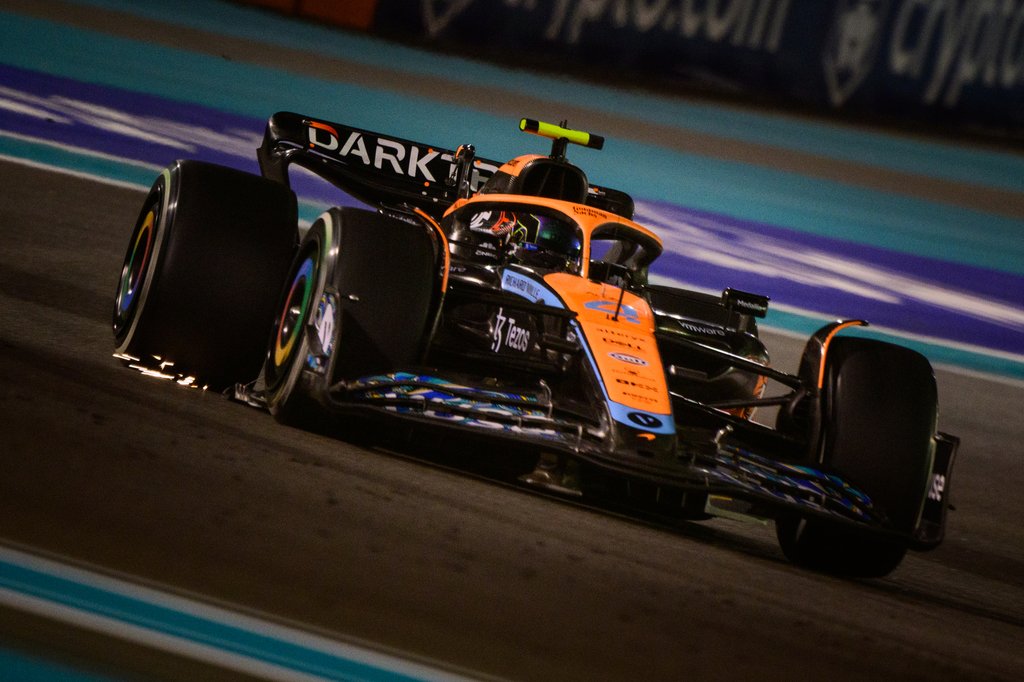 Brown says Norris has impressed since arriving in F1, being aware that not all stars of junior categories go on to do well in grand prix racing.

“Every step along the way, he gave you a reason to believe the next step he was going to be great,” added Brown.

“Lando was mega in everything. And it has worked in F1. In fact, what I think I'm happiest to see is not just pure pace, but how few mistakes he makes, and how strong his racecraft is.

“Looking at Lando, year one. He had the pace, but probably didn't have his elbows out enough. And now he's fair, but he's a tough character when you are racing.”

Brown also reckons that things will be close between Norris and his incoming new team-mate Oscar Piastri.

“I think Lando is one of the fastest drivers on the grid and I expect Oscar to be close," he explained.

“I expect Oscar to have some opportunities to beat him and vice versa. And that's obviously what you want, right? It's two drivers right next to each other and reversing the order.”