The FIA considers the issue over Mercedes' Formula 1 wheel rim spacer design "settled", although the team has continued to avoid using it to protect against any further legal action

Mercedes' spacer, which had small holes and grooves added to reduce the heat flow between the axle and the wheel, has not been used since the team made it four wins in a row in the Japanese Grand Prix.

The design was queried after Suzuka and given an initial all-clear by the FIA's technical department, but removed for the United States GP to avoid the potential for a protest.

Mercedes raised it with the Mexican GP stewards to ensure its legality and although the stewards sided with the FIA's advice, the design was not used in that race or last weekend in Brazil.

FIA race director Charlie Whiting was hopeful after Mexico a longer-term solution would be found in a Technical Working Group meeting before Brazil, but now expects this to be done after the season.

But Whiting stressed that "we think the matter is settled" for this season and the only lingering doubt was "whether Mercedes would ask the stewards the do the same thing they did in Mexico".

"It's a technical opinion we've given and we will continue to use that opinion in any similar cases," said Whiting.

"In the meantime I imagine once the dust has settled this season we will attempt to do something in the TWG about it."

The win helped Mercedes wrap up the constructors' championship, which would have remained subject to a court hearing had the spacer been used and protested.

"We didn't want to have a protest with a possible court ruling weeks down the line when we deem these spacers not to be fundamentally responsible for performance," said Wolff.

"I can assure you that our assessment is that the problems we've had these three races were not linked to the spacers. It is a more overall concept." 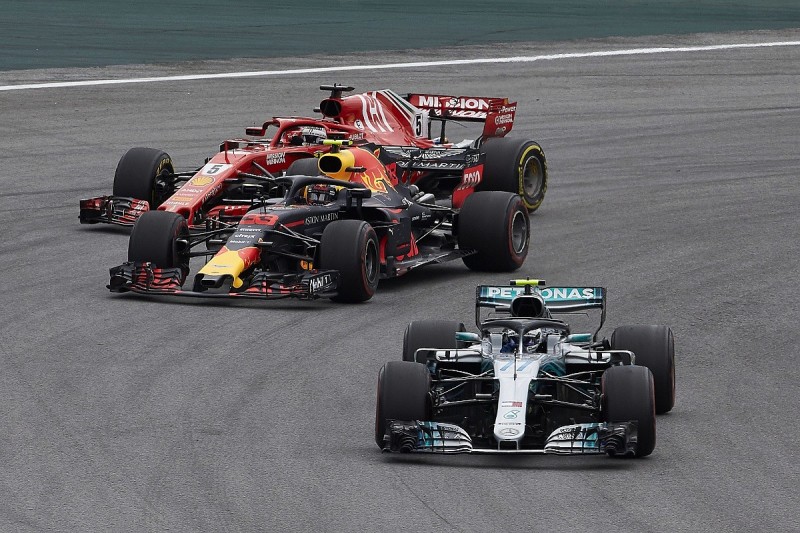 Wolff said the last few races have been decided by fundamental car factors and set-up.

Ferrari started the Brazilian GP on soft tyres and should have had the favourable strategy given Mercedes and Red Bull started on softer tyres.

But both Ferrari drivers had to pit before Verstappen in the race and Sebastian Vettel ended up changing tyres for a second time late on.

Wolff said this was evidence that "many other cars" besides Mercedes have had tyre problems lately.

"Sebastian was struggling tremendously on the tyres, Kimi [Raikkonen] was a little bit better, but not much better," he said.

"Red Bull is the only team that is looking strong in the race, but they are looking weak in qualifying.

"Maybe it is the compromise that they have achieved."

Promoted: Enter the Marriott sweepstake today for your chance to win exciting prizes