The FIA will issue a technical directive clarifying what Formula 1 teams can and cannot do with wheel rim spacers after recent controversy around Mercedes.

F1 race director Charlie Whiting's directive will not be aimed specifically at the design used by Mercedes on its rear wheels, where it has deployed a spacer that has small holes and grooves to reduce the heat flow between the axle and the wheel. Some have suggested this could have aerodynamic benefits.

Mercedes chose not to race the design in the United States Grand Prix, fearing that Ferrari might submit a protest after the race.

Prior to Mexico, Mercedes took the unusual step of going through a little used FIA process of "requesting a clarification of a matter" and effectively requested formal proof of the legality of its design from the stewards.

That was forthcoming, but with the caveat that the decision only applied to that race.

Mercedes still refrained from using the spacer in Mexico, and Whiting hopes a technical directive will provide further clarity on what is acceptable.

"Everyone knows that we deem it to be legal, that's no secret," he said.

"But what we will be doing is a more general technical directive, to deal with the subject generally not specifically.

"We want to make sure someone doesn't come along with something slightly different or even significantly different and try and do the same thing.

"Between now and Brazil we do have a Technical Working Group meeting during which we intend to develop a rule in order to be more generic about the whole business of cooling and the possible side effects too of aerodynamic influence." 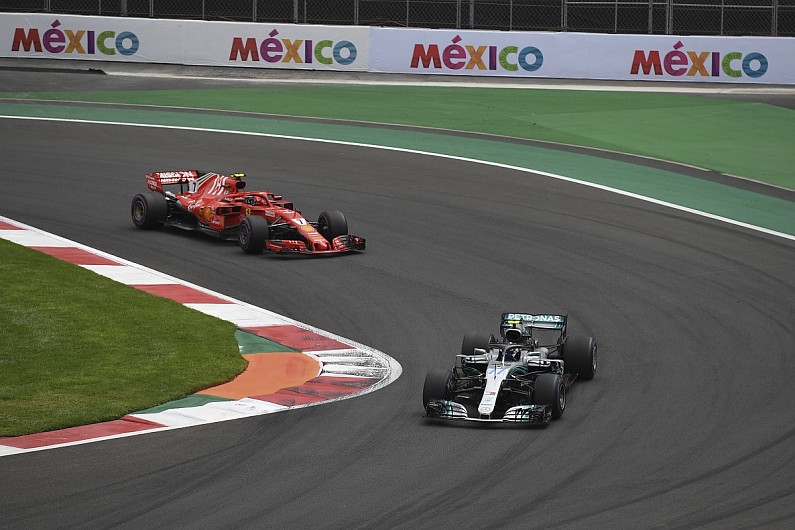 Whiting said Mercedes had been "acutely aware of the fact that Ferrari didn't agree with our interpretation, and given the slight antagonism between the two this year, they felt they might be under threat from a protest.

"They felt the comfort of knowing that we feel it's legal wasn't quite enough."

Asked if he was surprised Mercedes still opted not to run the spacers, Whiting replied: "Not really, no. I just think they wanted to be super-safe."

Whiting said Ferrari could copy the design but would first have to know exactly how it works, and thinks a protest is still possible.

"I don't really know why Ferrari didn't contemplate protesting, but the option is still open to them," he said.

"The stewards' decision relates to this event [Mexico]. So it could raise its ugly head again if these things were being used in Brazil, for example."

Whiting said he does not plan to make the Mercedes design illegal in the future.

"I don't think there's any need to," he emphasised.

"Provided it's clear that it's being done for a reason, and if there's an incidental effect on the aero of the car, it should be fine.

"There are many, many things [that affect] the aero of the car - suspension is hanging out there in the airstream, and wheels are a classic example, but their primary purpose is quite clear."