World champion Rosberg's shock retirement has left Mercedes with little time and a small pool of drivers - especially those not under contract - to choose from as a replacement.

It is believed Mercedes contacted Williams to discuss the possibility of releasing Valtteri Bottas, who has Mercedes chief Toto Wolff as part of his management team.

As part of the package, Williams is understood to have been offered a reduction in the cost of its 2017 engine supply - around £10m - as well as the opportunity to run its reserve Pascal Wehrlein.

With Christmas approaching, Mercedes says there will be no announcements from the team regarding the seat until January 3 at the earliest. 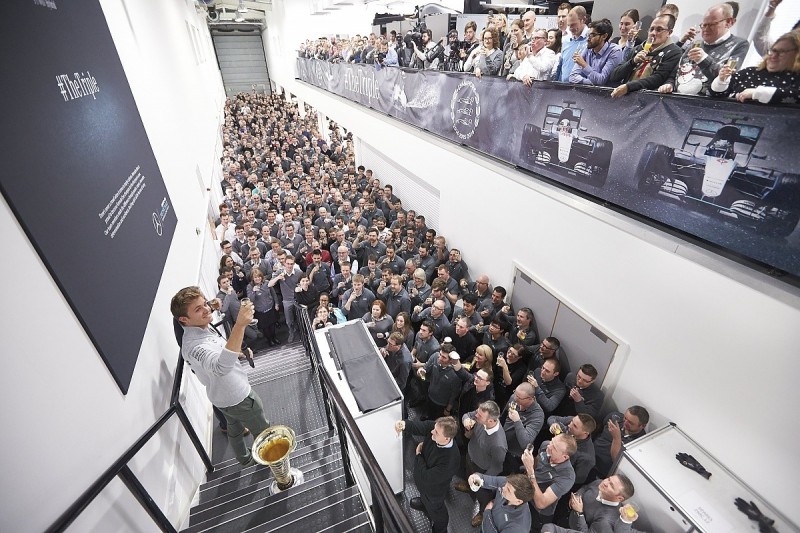 Mercedes could call on Wehrlein, but it is believed the team is uncertain if he yet has the necessary experience after one season with Manor.

Another of its juniors, Esteban Ocon recently signed a multi-year deal with Force India, which is keen to keep hold of the Frenchman for next season.

Carlos Sainz Jr has also emerged as a contender, despite being under contract to Red Bull.

Autosport understands there is the possibility of the Spaniard being released from his Toro Rosso deal, should an offer come from Mercedes.

Rosberg's old drive is one of four still available, with Sauber requiring a team-mate for Marcus Ericsson and both Manor seats free.