Asked about the pair in an interview with Autosport conducted before Nico Rosberg's shock retirement, Wolff talked up their ability and said both deserved to be in F1.

While Ocon will race for Force India next year, Wehrlein does not have a deal in place and with Valtteri Bottas closing on the vacant Mercedes seat, his hopes of a drive lie with Sauber or Manor."These two [Ocon and Wehrlein] are extraordinary drivers out of a handful of drivers I consider to be in the same league," Wolff told Autosport.

"They've had two very different careers; one went into DTM and the other had an exceptional career in lower formula and GP3.

"From my perspective, they are both very different personalities and very equal in the race car.

"Both deserve to stay in Formula 1 and have a future."

Wolff added that it remains to be seen what the pair's ultimate potential is, although he has no doubts about their speed.

"You can't say; people grow, develop and change," said Wolff when asked about whether they had the ability to become world champions.

"To be a world champion, you have to put it all together and it's not just natural speed, there's more.

"If you put it all together, you're going to be very success and if not, you're not.

"None of us ever know when we start to support a young driver as to whether he's going to have it all, but there's lots of positives." 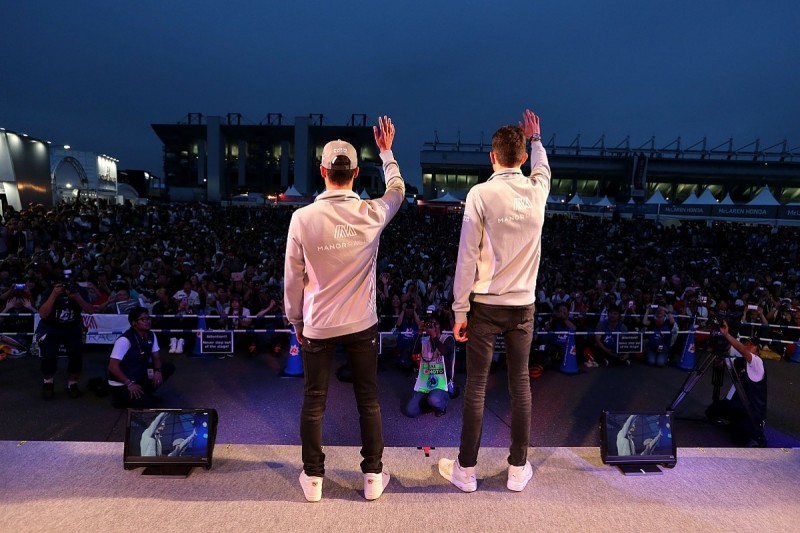 Wolff stressed that he did not make the decision on whether Force India would choose Ocon or Wehrlein as its Mercedes-backed driver for 2017.

"It was not my decision in terms of who went to Force India," said Wolff.

"Force India had a very clear view that they would like to work with Esteban, they tested both and I think they felt they got on well with Esteban and that was within the right frame of mind to be working with them.

"We're all human beings, you have more sympathy for one and less for the other.

"That's why the engineering group ratified their decision with Vijay [Mallya]."