Mercedes has brought its biggest set of updates of 2018 so far to the Red Bull Ring, with a focus on the sidepods and bargeboard area.

Last year's Austria winner Bottas reported that the rear of the car felt more stable, and suggested that could be a help with tyre management in Sunday's race.

"The initial feeling is they really worked well," he said. "So the team has done a really good job on that.

"Especially the rear end of the car felt really stable. We still actually have some balance work to do to get the most out of it.

"It feels good. It always can be better, but it's a good start."

Asked if the changes would improve the tyre situation he said: "I think so. Last year I think in the race I had severe blistering in the left rear, so definitely Sunday it's going to be warmer, it could be an issue again, so at least today the rear felt good.

"There's still more lap time to be found with this configuration." 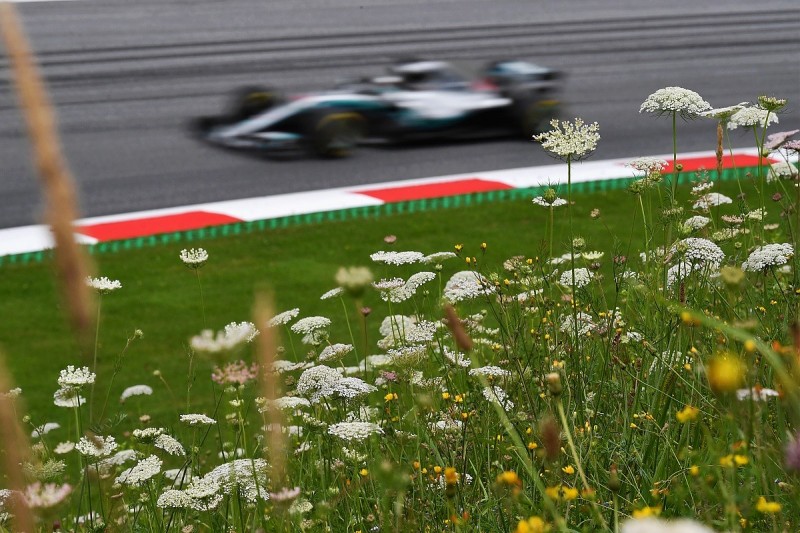 Hamilton found the car to be even better than the one with which he won in France last weekend.

"I tried to look before I got in the car but I couldn't really notice too many of the differences!" he said. "But we do have an upgrade here, which is great to see.

"The car feels better in certain areas around the track, which is already great from last week. So more pieces, keep going guys, great job!"

Hamilton admitted that he struggled to get the most out of the tyres on Friday, feeling more comfortable on the soft than the supersoft or ultrasoft.

"I would say the tyres are really the biggest issue, trying to understand them," he added.

"We've had all these races, and still it's quite an unknown, they're different everywhere we go.

"They're very, very hard, a very small operating window, some weekends they're working, one session they'll work, and the next session they won't, and you don't understand why. It's quite confusing."