Mercedes: "Diplomacy has ended" after Brazil F1 "punches in the face"

Toto Wolff says that “diplomacy has ended” after a turbulent Brazilian Formula 1 race weekend for Mercedes that saw the team hit by “many punches in the face” through stewards’ calls.

Lewis Hamilton took victory at Interlagos after recovering from exclusion from qualifying on Friday over a technical breach to cut Max Verstappen’s championship lead.

Hamilton was stripped of his fastest time in qualifying and sent to the back of the grid for Saturday's sprint race after the DRS on his car failed the FIA’s post-session check. Mercedes called the decision “harsh”, noting that teams would ordinarily be able to repair such an issue under parc ferme conditions, but did not appeal.

In the race on Sunday, the stewards opted against investigating Verstappen for an aggressive defensive move against Hamilton at Turn 4 when he ran the Mercedes off-track to stay ahead – a decision Wolff called “laughable”.

Asked if he thought Mercedes was being treated equally to other teams, Wolff said that while he did not want to complain, he felt the time to be diplomatic on matters had now ended.

“I don’t want to moan here, because that is not how I see the sport,” Wolff said.

“I think we’ve just had many, many punches in the face this weekend with decisions that could have swung either side, against us or for us.

“When always the decisions swing against you, it’s just something that I’m just angry about, and I will defend my team, my drivers to what comes.

“I’ve always been very diplomatic in how I discuss things. But diplomacy has ended today.” 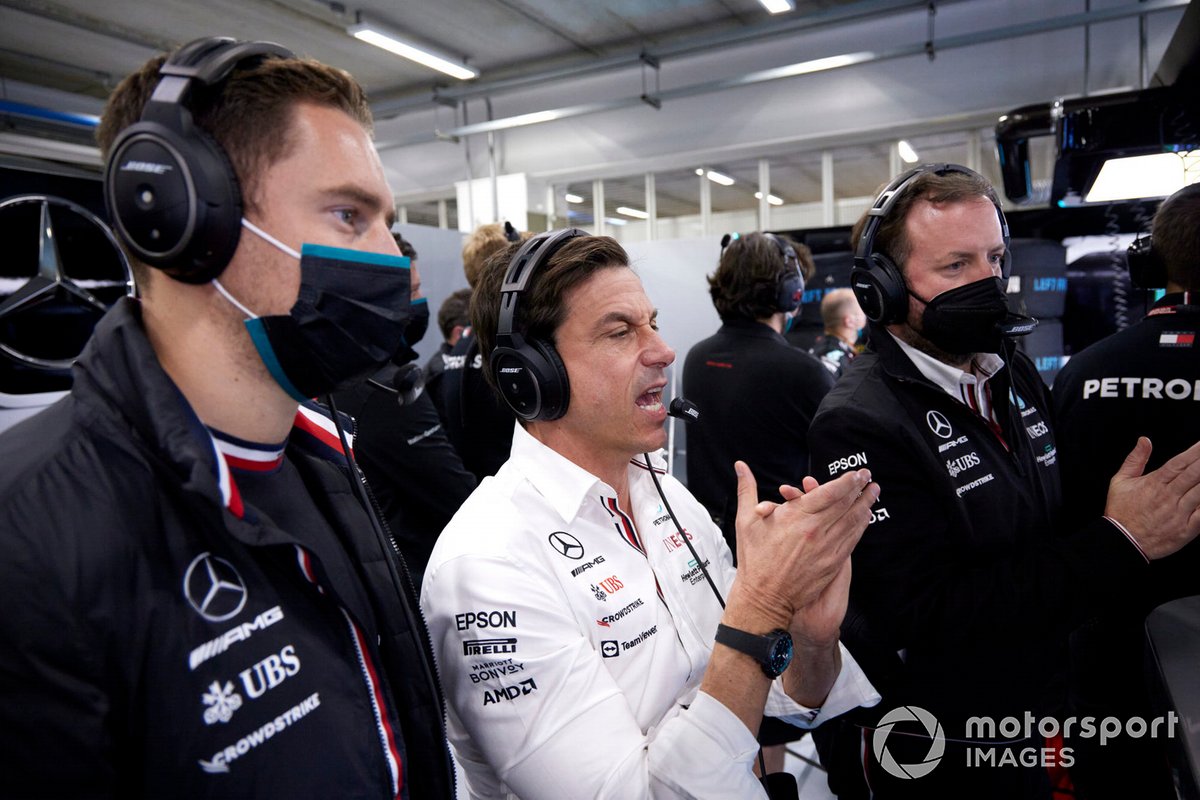 Wolff added that he was content to allow moves such as Verstappen’s if the rulebook allowed them, but felt that clarity was required.

“Whatever the rules are, if the rules say that’s on, which I would love to, that it’s on, then that’s fine,” Wolff said.

“I’m not discussing the principle of hard racing.

“Hard racing is super, and should be on. But not when it’s been clarified before that you can’t drive somebody off the track.”

After the race, Hamilton was summoned again by the stewards for undoing his seatbelts on the cool-down lap, resulting in a fine for the seven-time world champion.

There was also intrigue from Red Bull surrounding Mercedes’ rear wing design given its impressive straight-line speed, but no protest was lodged.