Mercedes has no concerns that the momentum of its 2013 Formula 1 season has dropped away, despite its disappointing performances in the Belgian and Italian Grands Prix

The German manufacturer had hoped to kick off the second half of the campaign with a run of results that would have helped Lewis Hamilton close down the championship gap to Sebastian Vettel.

However, its F1 W04 did not deliver all that was hoped at Spa and Monza, as Vettel produced back-to-back victories that have left him on course for a fourth consecutive championship.

Mercedes motorsport boss Toto Wolff sees no reason to believe that the last two results are the start of a trend though, as he eyes a return to form at the high-downforce Singapore track.

"There is obviously the danger that momentum stalls, but we have momentum," said Wolff.

"You cannot expect to be on pole at each race and be on the podium at each race, especially from where we came from last year.

"Everyone is still motivated, we enjoy ourselves and sometimes it just needs a little kick to get back on track. But I am satisfied." 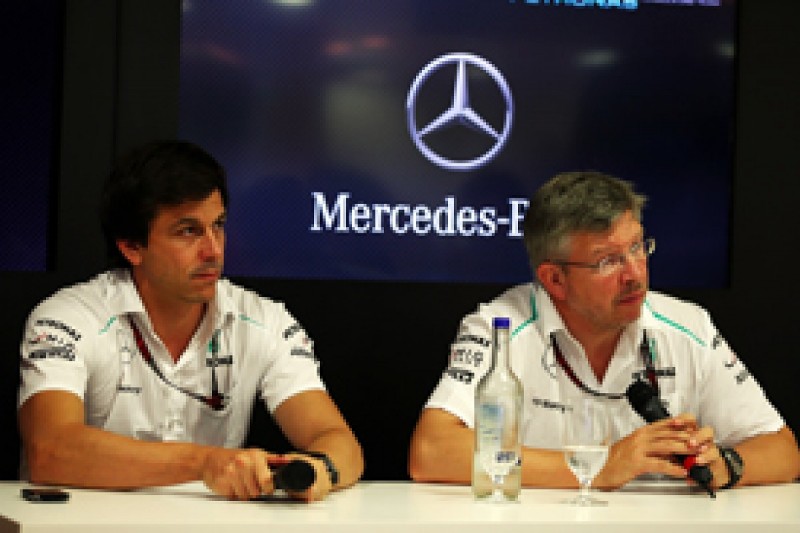 Mercedes' chances in Italy were wrecked by poor qualifying results, as both Hamilton and Nico Rosberg showed strong race pace after their troubled Saturdays.

Wolff is eager to see how the team fares at the forthcoming races, especially with further car developments on the way.

"There are new parts coming for Singapore and new parts for Korea," he said.

"We have a specific plan, and we are then analysing which of the last races we stop [work on the 2013 car] for 2014. We are pretty flexible.

"For Singapore, if we look at Hungary as a high downforce track, we should be looking OK.

"But our simulations were saying we should do well at Spa and Monza. So it is tricky."