During his first year of car racing, Jenson Button surged to the British Formula Ford title ahead of a move to British Formula 3 with Promatecme. The Brit won the Formula Ford Festival at the first time of asking, relaying his experience to Autosport in the 29 October 1998 issue

As Jenson Button walks into the Haywood Racing awning, the noise is deafening. For three years the team has been trying to win the Festival with the Mygale. This time around it came good.

Even ignoring the fact that the French car is clearly an excellent machine, its driver was always going to play a major part in this year’s Formula Ford Festival.

The 18-year-old has stormed through his first season in cars. He is now the reigning British Formula Ford champion and the first English Festival winner since 1990. On top of this, there is all the kudos that comes with being nominated for the McLaren Autosport BRDC Award [which he would also win]. However, behind the smiles and celebrations he is already looking ahead.

Of course, he is not going to tell a journalist exactly what he plans to do next year; drivers never do until they have a contract in their pocket. It’s clear, though, that he already knows where he is heading in this sport.

His engaging blend of charming confidence and rookie innocence belie the fact that he has not only destroyed the competition this year but that the whole thing was all part of a grander plan. If you want to see Button in action and avoid paying a fortune to do so, you are going to have to be quick because he is not going to hang around.

This view is widely held within the TOCA package. In fact, insiders were talking about him long before he set foot in a car when he was a formidable karting star. 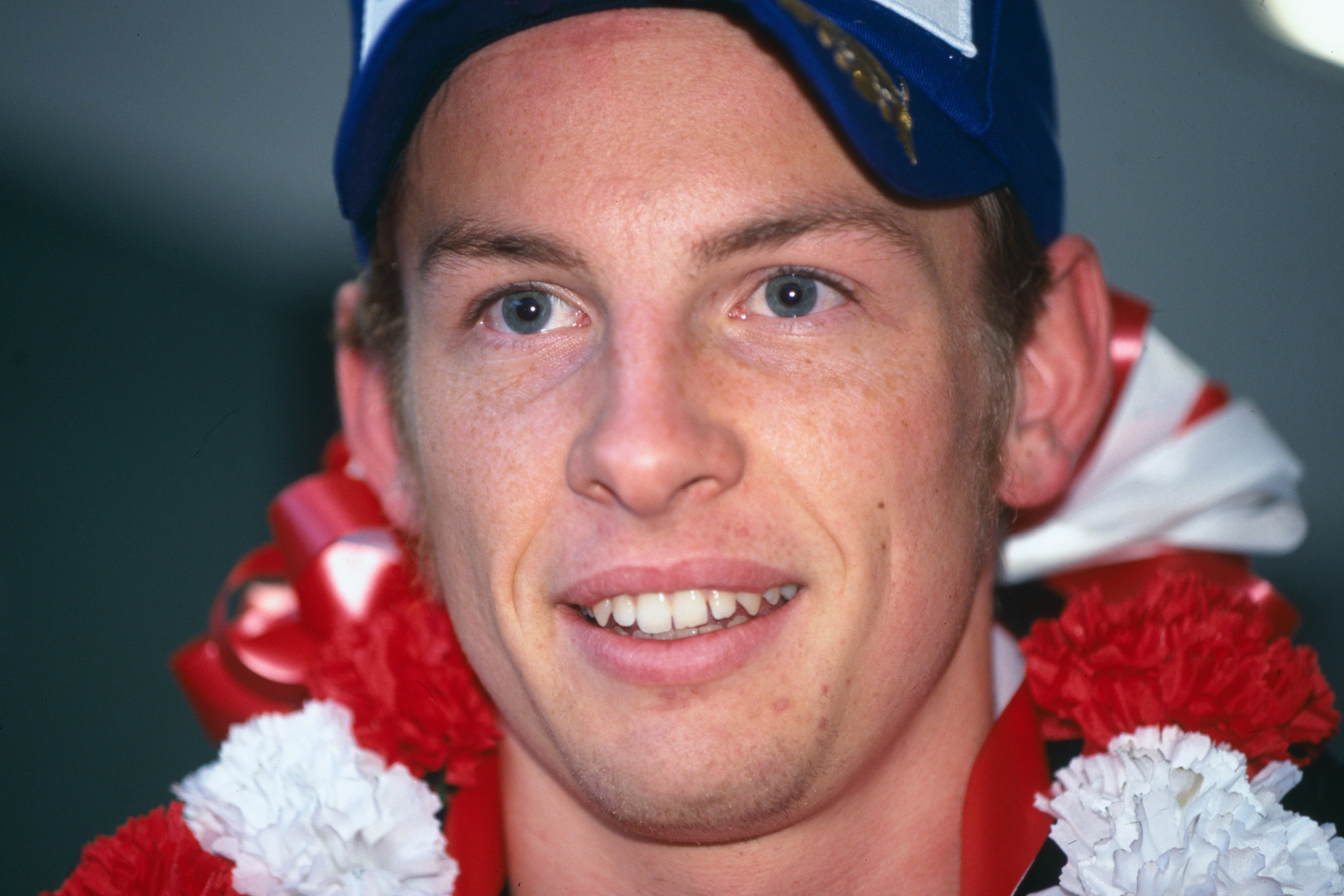 Despite the media hype that has launched him as a talent and a target for the opposition the driver is unfazed. “I don’t know if there is really all that much hype,” he says, “but if there is I’ve been lucky because I’ve been kept away from it.

“I’m a racing driver. That’s what I do and you have to work hard. You have to do the same thing if you work in an office.” Some office.

He is equally modest about his achievements in 1998. Mention to him about winning the Festival and the championship in his first year, and you can tell he has answered these kind of questions before: “I knew it was going to be difficult. It’s very unusual to become British champion in your first year, but I was with the best team and we worked hard to do it.”

Some would say he was also in the best car. “It was very good in the first part of the season when Van Diemen had a few problems,” he says. “They caught us up through some very hard work, as you can see by the Festival. They were almost on a par with us, but the Mygale pulled through and we were able to win.”

Almost on a par might be a bit unfair. Up until the 18th lap of the final, Marcos Ambrose was leading. While Button was in his wheel tracks, Dan Wheldon’s sister Duckhams Van Diemen was right behind him.

It was at this point that Button really had to fight. “The whole race was very fair,” he says. “I was quite surprised. I thought with some of the drivers behind me I would have been pushed off the circuit quite early, actually.”

In fact, it was Ambrose who went off, after a clash with Button in one of the closest finals in Festival history. “I went down the inside at Surtees,” says the Mygale driver. “He left the door wide open, I went for the gap on the inside and he turned in. 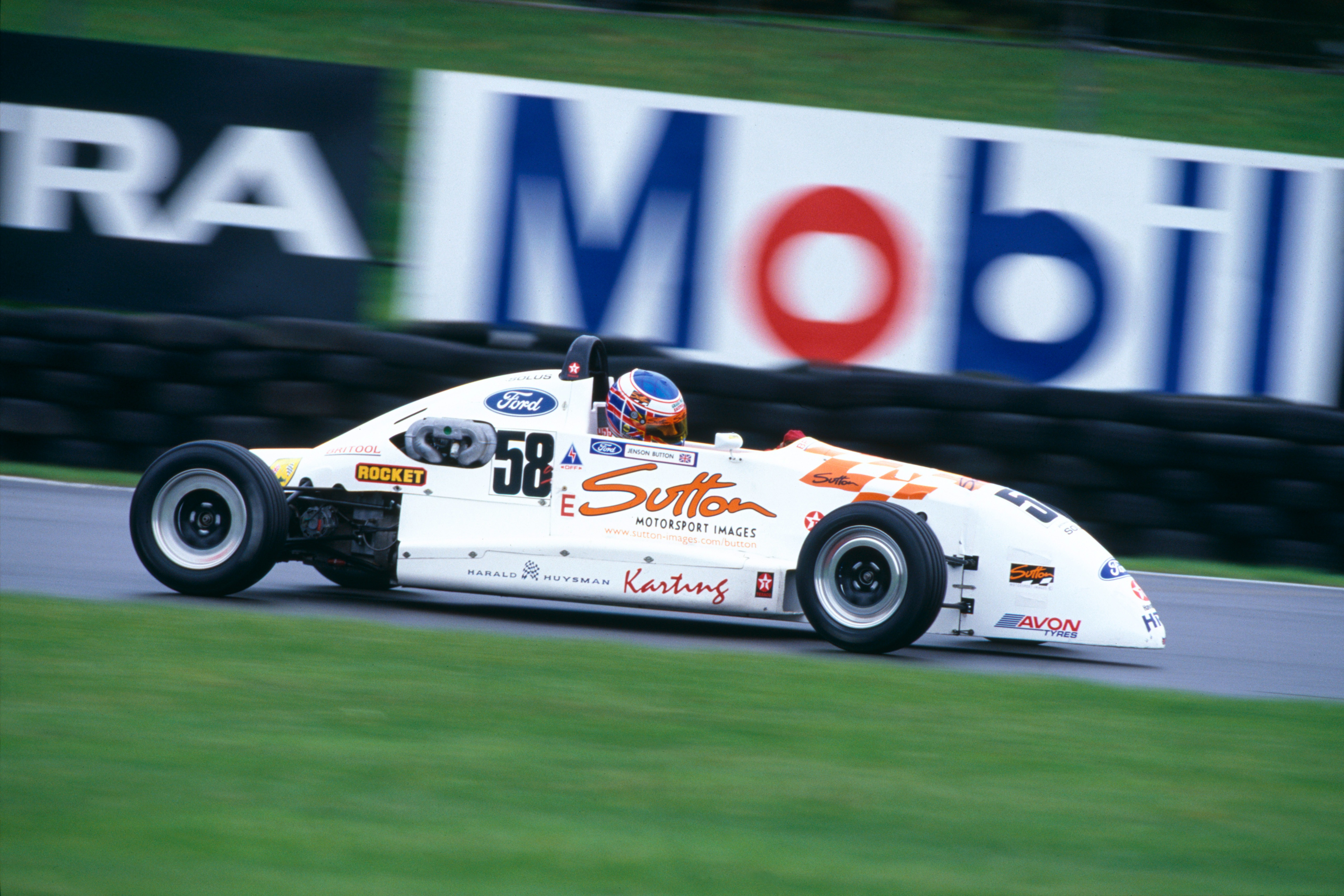 “But then you don’t want to come second in the Festival, so Ambrose obviously did the right thing. It’s win or nothing in this race and all you can do is try your best.”

If there is a part of his repertoire that has been brought into question this season, it is his ability to fight in traffic: “This year, I have had a few problems. I wasn’t used to driving a Formula Ford. I’d never experienced it before with this being my first year.

“Over the last few races, I’ve become a lot better, a bit more aggressive. Not too much, but enough, and now it’s been proved to work.”

British Formula 3 is where he wants to be in 1999, citing that it is a waste of time to go through the various slicks-and-wings categories and that it is easier and better to learn your trade where the action is.

“I would like to win that in my first year. It is going to be a little more difficult because it is a big step up, but also it is very technical and I can learn a lot more there.”

Button knows what he wants and, although it is difficult to predict a driver’s fortunes after just one year when so much can happen in a career, it seems more than likely that he will get it. And a growing number of people believe that. 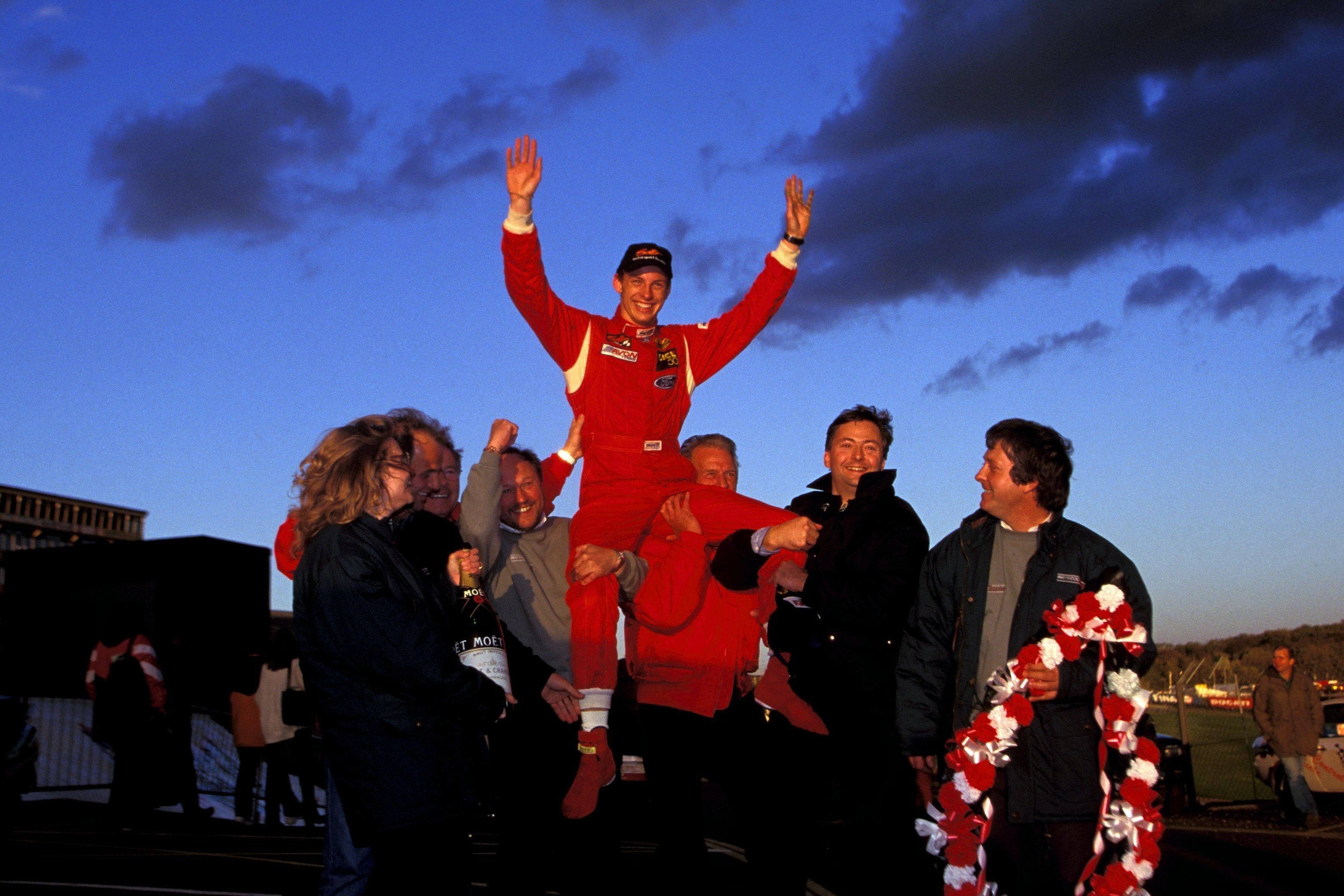 Button celebrates his Festival win at the first time of asking