All six Mercedes-engined cars took the new Phase 3 power unit on the Friday morning of the Belgian GP, with the intention of making it to the end of the season with no further changes and therefore no penalties.

But Racing Point's Sergio Perez suffered a failure in second practice at Spa, and then Robert Kubica had a different issue in his Williams at the start of qualifying.

Both drivers had to revert to Phase 2 units for the race while the damaged examples were returned to HPP in Brixworth for analysis.

Mercedes boss Toto Wolff admitted there were concerns about the other cars heading into the race, and said the short gap between Spa and Monza would have to be spent making sure the problems were "analysed and understood" because that had not been possible during the Belgian weekend.

"We were not taking any risks in the race," said Wolff. "But it was certainly not a comfortable situation. The failures looked to be different."

Ferrari introduced its new engine at Spa only in the Haas cars of Romain Grosjean and Kevin Magnussen, and the Alfa Romeo of Antonio Giovinazzi, prior to its planned deployment with the works cars at Monza.

But Giovinazzi suffered a failure in qualifying on Saturday, and Ferrari team principal Mattia Binotto admitted that it was "a concern" when asked about its implications by Autosport. 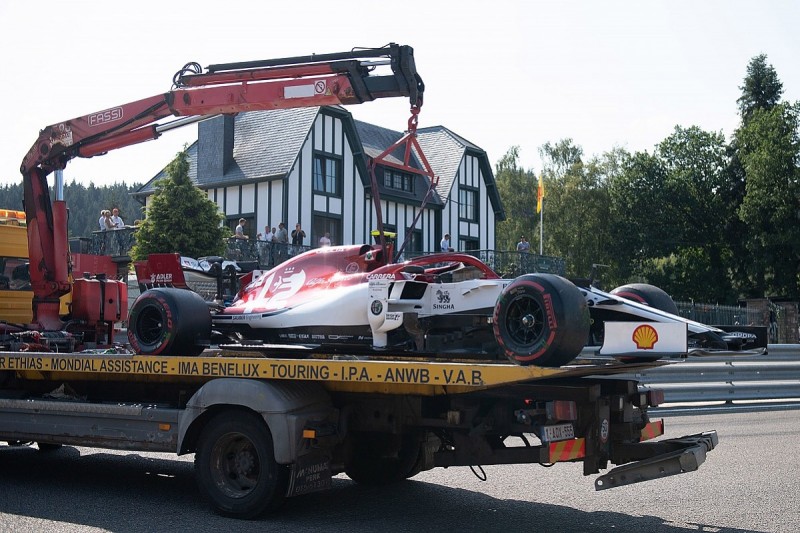 Earlier in the Spa weekend Binotto had stressed that introducing the new engine with customer cars was not a data gathering exercise prior to deploying it with the works team, as it should already be proven.

"The reason we are anticipating is not to get data," he said when asked by the strategy by Autosport.

"By the time that you introduce a unit it should be fully reliable, homologated and validated on the dyno.

"So the reason why we are introducing is simply we are on different scenarios in terms of allocation, in terms of mileage, and certainly splitting the building of the engines as well makes it a lot easier at the factory."

While the works Ferraris are scheduled to take the new engine at Monza, Alfa Romeo team boss Fred Vasseur told Autosport that there are no plans for Kimi Raikkonen to upgrade for Italy. Any future change will earn the Finn a grid penalty.

Honda introduced its Spec 4 engine on Friday at Spa in the Red Bull of Alex Albon and the Toro Rosso of Daniil Kvyat, sending both men to the back of the grid.

Albon subsequently switched back to an older unit for the rest of the weekend as Honda wanted to keep the new one in the pool and fresh for Monza, especially as Spa is regarded as a tough test for engines, while Kvyat raced his to seventh place and gathered useful data on its performance.

Although it has not been officially confirmed, Max Verstappen is scheduled to take the new spec for Monza - which will send him to the tail of the grid as he has already reached the annual limit on all six power unit elements.

Verstappen insisted that even from the back he would be able to overtake the midfield and potentially finish behind the cars of Ferraris and Mercedes. 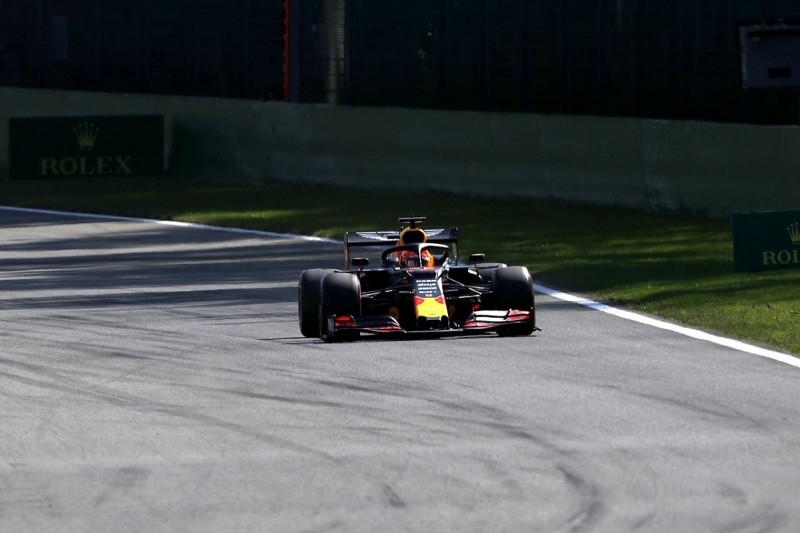 "I think it can be alright to overtake," he said when asked by Autosport about potentially starting last at Monza.

"Nothing is confirmed yet about an engine penalty, but even if you start from the back I don't think it's a big deal.

"We all know Ferrari is going to be really quick there, and if you start from the back you probably won't catch the top four.

Red Bull and Honda are keen to avoid taking penalties in Singapore and especially at Suzuka, the manufacturer's home race, and as extra insurance for Japan it could add more engines to the pool in Russia.