The German manufacturer and Ferrari will be the only teams racing with engines of their own design, in a season that will mark the return to V6 turbos following the end of F1's V8 era.

Mercedes was Red Bull's main challenger for most of the 2013 season, the team winning three races on its way to second place in the constructors' championship.

Whitmarsh, whose team will end its Mercedes engine partnership after next season as it switches to Honda, reckons the German carmaker has all the ingredients to take advantage of the rule changes and start 2014 as the strongest outfit.

"Anyone who says at any team, even Red Bull, that they are super confident they are going to win the world championship, you cannot be," Whitmarsh told AUTOSPORT.

"My suspicion is that Mercedes will be strongest.

"I am saying it because I am probably a bit biased, but I also have some reasonable knowledge of the budgets of the three companies.

"I think Mercedes has got a good budget, good facilities and good people. I have no real insight and I think nobody has, but I think I have a slightly better insight than most.

"But if you had an absolutely free choice of which one to go for next year, I would say go for Mercedes-Benz next year."

NEW RULES AN OPPORTUNITY FOR MCLAREN 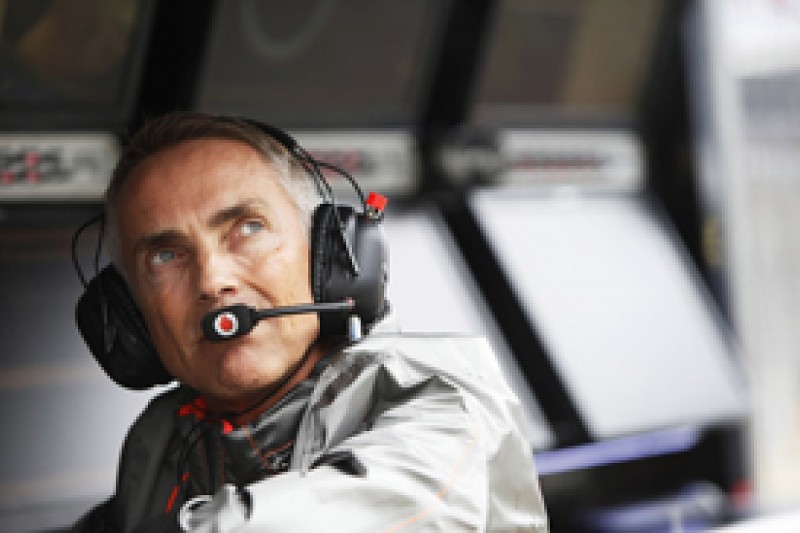 The McLaren boss also reckons the new rules are a good opportunity for his team to getting back to winning after its dismal 2013 season.

"To be honest, do I think we can win next year? Yes," said Whitmarsh.

"We like change. I think it is a great opportunity, I see it as an opportunity. It is pretty exciting, very exciting.

"There is always that tingle of what is happening over the winter, but we have really got it this year. When those cars are unveiled, we will all be crawling all over them..."