McLaren believes it has made the "next step" in the understanding of its upgrade package, after an encouraging showing so far at the Portuguese Grand Prix

With Carlos Sainz Jr having been left with serious doubts over the benefits of the updates at the Nurburgring, the team has had a much smoother time at Portimao.

And after locking out the fourth row of the grid with Sainz in seventh and Lando Norris eighth, McLaren is upbeat that its performance this weekend has shown the upgrade is working.

Team boss Andreas Seidl said: "I'm happy that we could make a next step in terms of understanding this new nose box concept that we're using."

Sainz said he felt much more on top of the car this weekend than he had been last time out in Germany.

"The car has been competitive all weekend," he said. "Especially from my side, I'm much happier with the feeling of the car this weekend and it looks like we as a team, we've done a very good job to understand what happened last weekend.

"The car I was driving here was definitely giving me a much better feeling and I have had an easier weekend."

Sainz's comments were backed up by Norris, who says the step forward has come from simply a better understanding of what's needed to get the most out of the upgrades.

"I think we have a better understanding from Germany," he said. "There was nothing bad about what we had in Germany, we just didn't have enough time to understand it completely, because of only having one practice session. 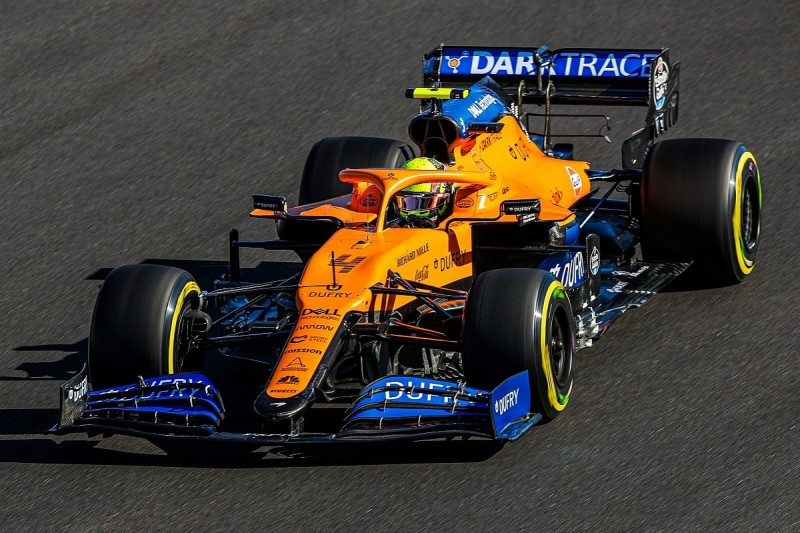 The McLaren update has so far revolved around a new nose box concept, which is similar to the design used by Mercedes.

With that element now working, McLaren has been evaluating further changes to its car - with tests of new components having been conducted in Friday practice in Portugal.

Seidl added: "We started the race weekend with the initial package of this new nose box concept which Lando ran at the Nurburgring.

"Then we tested additional parts to see how they performed together with this new aero concept, which was positive.

"But these parts are supposed to be introduced in future races, and in the end we continued with the same configuration on both cars, which is pretty much the one Lando used at the Nurburgring."