McLaren says it needs to share responsibility for things not having worked out with Daniel Ricciardo, after the Australian’s split from the Formula 1 team was announced on Wednesday.

Although Ricciardo had another year to run on his contract at McLaren, he and the team mutually reached a deal for them to part ways at the end of this season in the wake of disappointing results.

While Ricciardo was rarely able to show his true potential at McLaren, having struggled to get on top of its car concept, the team is clear that it cannot blame him entirely for the situation.

In fact, team principal Andreas Seidl says that responsibility for how things played out needs to be shared between both squad and driver for never having been able to find the right solution.

“In the end we have to acknowledge we didn't make it work together despite all the commitment that was there from Daniel's side, from the team's side, and despite all the effort we have all put in,” he said.

“It's clearly not the outcome that we were not looking for, but at the same time it's important now to switch our focus towards the nine races left together and giving it all again as a team.

“Daniel will do the same and try to finish our relationship on a high, which would be important because we are in a close battle with the Alpine cars. Definitely we want to get back into P4 in the constructors’ championship.” 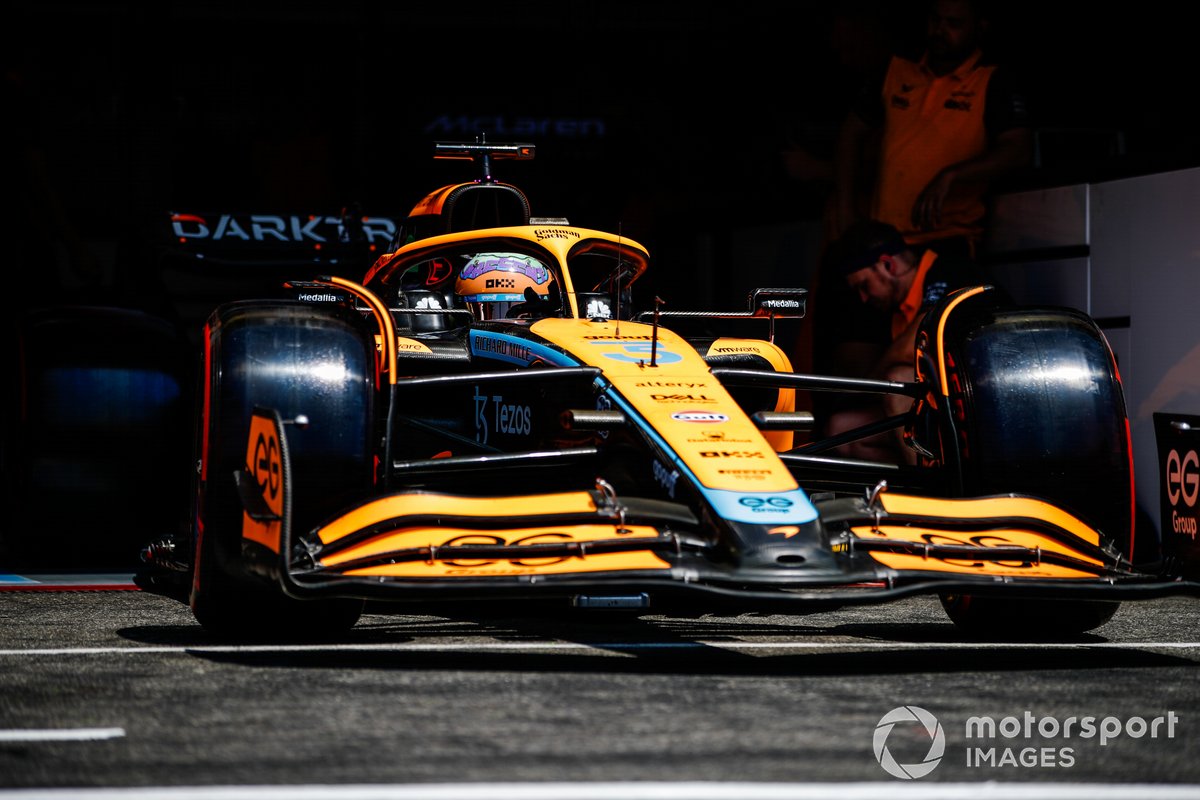 While Ricciardo did show occasional signs of promise during the 18 months he has had with the team, especially his win at the 2021 Italian Grand Prix, he still remains slightly adrift of teammate Lando Norris in pace terms.

And although the team could have given Ricciardo more time to see what he could do, Seidl says the outfit tried everything it could to help him.

“I think it's very important to state that from my point of view, and I think from the team's side, there was a huge commitment and a lot of effort went in order to make this work,” added Seidl. “The same happened from the Daniel's side.

“The most important thing for me is we always work together with our colleagues but also race drivers. We have an open and honest and transparent dialogue internally between each other, which we always had. I think that is what happened there.

“We tried everything we could from both sides. Unfortunately, we couldn't make it work, which is obviously my responsibility being in charge of the team. That's how I see it.”

McLaren CEO Zak Brown admitted that the team never anticipated such difficulties with Ricciardo, having lured him away from Renault at the end of the 2020 season.

“I think it is fair to say that we’re all surprised it didn’t deliver more results and more Monza-like performances,” he said.

“Who knows what happens later this year. Hopefully he’ll find his form in a new environment.”