A deal, first revealed by Sky News, has been agreed with US-based investors MSP Sports Capital leading a consortium that will take a 15% stake in the team - which will rise to 33% by 2022.

Although there was no official confirmation on Saturday night, McLaren has scheduled a press conference on Sunday morning in Abu Dhabi where it is expected the news will be announced by the team's CEO Zak Brown.

The deal should result in McLaren being boosted by a cash injection of $185 million over the next two years.

With the McLaren group having faced financial troubles this year as a result of the coronavirus pandemic, the involvement of new investors will be a massive boost to the F1 team as it bids to build on a successful 2020 campaign.

MSP Sports Capital leads a targeted fund that invests in sports related properties that it believes have long term potential. 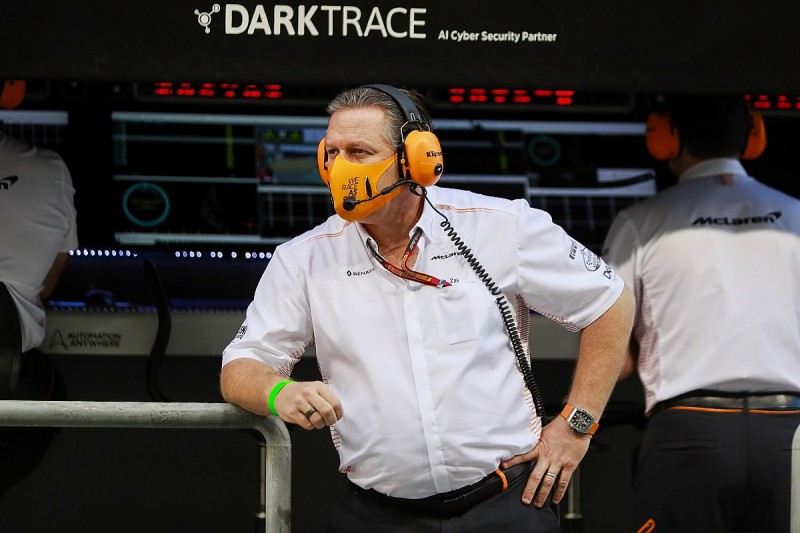 McLaren, which runs an automotive division, its racing team and applied technology arm, has been hit hard by the financial impact of the coronavirus crisis.

Back in June, the Woking-based operation agreed a £150 million loan arrangement with the National Bank of Bahrain to help increase liquidity amid mounting concerns over a short term cash flow problem.

McLaren is also in the process of selling and then leasing back its factory in Woking, in a bid to raise extra finances that can help pay down its debt.

Currently, around 56% of McLaren Group is owned by Bahrain's Mumtalakat Holding Company, 14% by Mansour Ojjeh and 10% by Michael Latifi, with the remaining 20% split between minority shareholders.

Speaking earlier this weekend, McLaren CEO Zak Brown said that despite the difficulties of this season, he was bullish about the future and saw no reason why the team could not operate at the limit of the new F1 budget cap.

"I'm very comfortable that we will be operating at the budget cap," he said.

"We will have all the resources we need. Our chairman is, as you know, restructuring the business.

"He is very experienced in that so everything is going according to plan and very comfortable and excited about our future."