Mercedes Formula 1 boss Toto Wolff says that Lewis Hamilton is fit to race in Abu Dhabi on Sunday, but it's down to the driver to make the final call

Hamilton spent 10 days in isolation in Bahrain after testing positive for COVID-19 soon after the first of the two races there, and he was forced to miss last weekend's Sakhir Grand Prix.

After testing negative, he was allowed to travel from Bahrain to Abu Dhabi on Thursday, and was cleared to enter the paddock on Friday.

He set the pace for much of qualifying on Saturday, topping both Q1 and Q2. However, he ultimately had to settle for third, behind Max Verstappen and team-mate Valtteri Bottas.

After the session, Hamilton admitted he didn't feel fully fit, but said he was determined to do his best in Sunday's race.

"I can really feel for those who are and have suffered from it, those who have lost ones from it and I can understand how because it's a nasty virus," he said.

"I'm not 100%. I still have some feeling within my lungs but nonetheless, normally I would drive if one of my arms was hanging off.

"That's what we do as racing drivers and luckily that's not the case.

"It definitely won't be the easiest of races physically. I mean, I will manage and give it absolutely everything I've got."

Asked if Hamilton was fit enough to race, Wolff said: "Well, our race drivers always are obviously keen in returning to the race car, even if he isn't 100%. 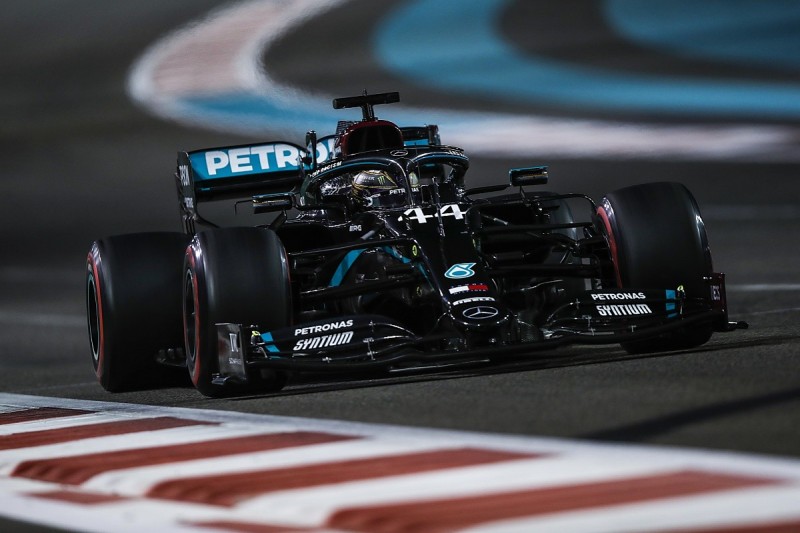 "I think that's expected after 10 days of COVID-19. You're not going to be on your A-game, but I think absolutely good enough to race.

"I think it's absolutely his call to decide whether he's fit enough or not.

"He's a very experienced driver, he knows very well about his health, and he has been tested negative, and sometimes drivers are not perfectly well but they still race, and I think this is the situation."

Hamilton has not yet been officially confirmed as staying with Mercedes for 2021, but he was listed on an FIA entry list that was issued this weekend.

Asked by Autosport if it meant an announcement is coming soon, Wolff admitted Hamilton's health situation had delayed the process.

"Yeah I was thinking who to put there, either Lewis or myself!" he said of the entry list.

"But at the end, I opted for Lewis. Yeah, hopefully soon.

"I think we were delayed by him being unwell, and I think that's not the right time to sit down. We were planning to sit down the other week, so it's going to be a little bit later.