McLaren-Renault's Carlos Sainz Jr has been forced to take his second MGU-K of the 2019 Formula 1 season already, following his Australian Grand Prix failure

Drivers are limited to two of that power unit component in a season.

Damage caused by the early failure in Melbourne - which Sainz described as "not good enough" - could not repaired, so he must move onto his second MGU-K for only the second race of the campaign.

With MGU-K problems having already been encountered in testing, Sainz admitted ahead of this weekend's Bahrain GP that the energy recovery system was the "weak point" of his car.

"Hopefully they [Renault] are looking at it, and they have been looking at it during these last few days and they've found out hopefully the cause of the issues," he said.

"We have put some solutions in place for this race, and if they will work or not we need to see.

"But it is true we had a couple of failures during testing, so it is something that is a weak point of the car.

"We need to keep working on to ensure we don't throw any more points into the bin because we did throw a couple of them in Australia." 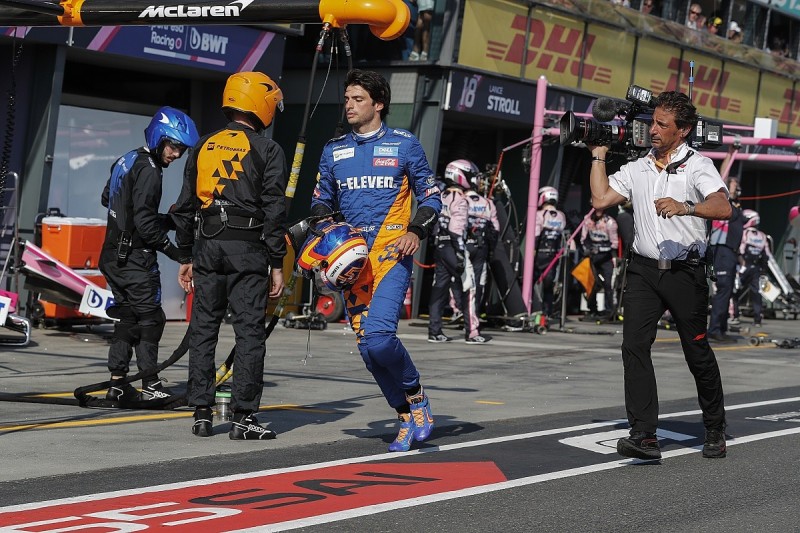 Reliability has been a key issue for Renault during F1's turbo hybrid era, and Sainz said a failure so early in the opening race was frustrating even if performance had improved.

"It is a strong PU [power unit] in a straight line," he said. "We have done our steps forward in the right direction, and definitely I welcome that, but [retiring on] lap 11 of race one is not good enough."

On the positive side, Sainz said speed trap data from Melbourne had provided some encouraging news about power gains.

"It felt like we are getting good power, especially in both conditions - both race and qualifying," he said.

"Our top speeds last year, we were 10-12km/h down in every qualifying session, and this year we seem to be I think only 2-3km/h down.

"It's due to downforce but also because the engine has improved.

"Unfortunately, I don't mind if the speed is good if we cannot go through lap 11 in the first race of the season. So hopefully that can improve."

Perez: Stroll closer to me on race pace than past F1 team-mates