Lawrence Stroll believes Sebastian Vettel is “doing a great job” with Aston Martin after putting his slow start with the Formula 1 team down to a tricky pre-season testing.

Vettel endured a difficult start to the year with Aston Martin, completing the least mileage of any full-time driver in testing and then failing to score any points in the opening four races.

But Vettel bounced back with an impressive charge to fifth place in Monaco before then scoring Aston Martin’s first podium by finishing second in the Azerbaijan Grand Prix.

Vettel arrived at Aston Martin after a tricky final year with Ferrari, initially leading to questions about his suitability for the team, particularly after its decision to split with Sergio Perez to make room for the German driver.

Speaking in a call with select media including Autosport, Aston Martin team owner Stroll acknowledged that Vettel was “our most expensive employee”, but felt pleased with his displays so far this season.

“He started slow, and is currently up to speed,” Stroll said.

“I think the slow start also had to do with the troubles we encountered in testing, where we have very, very little [running], only three days I think we had. 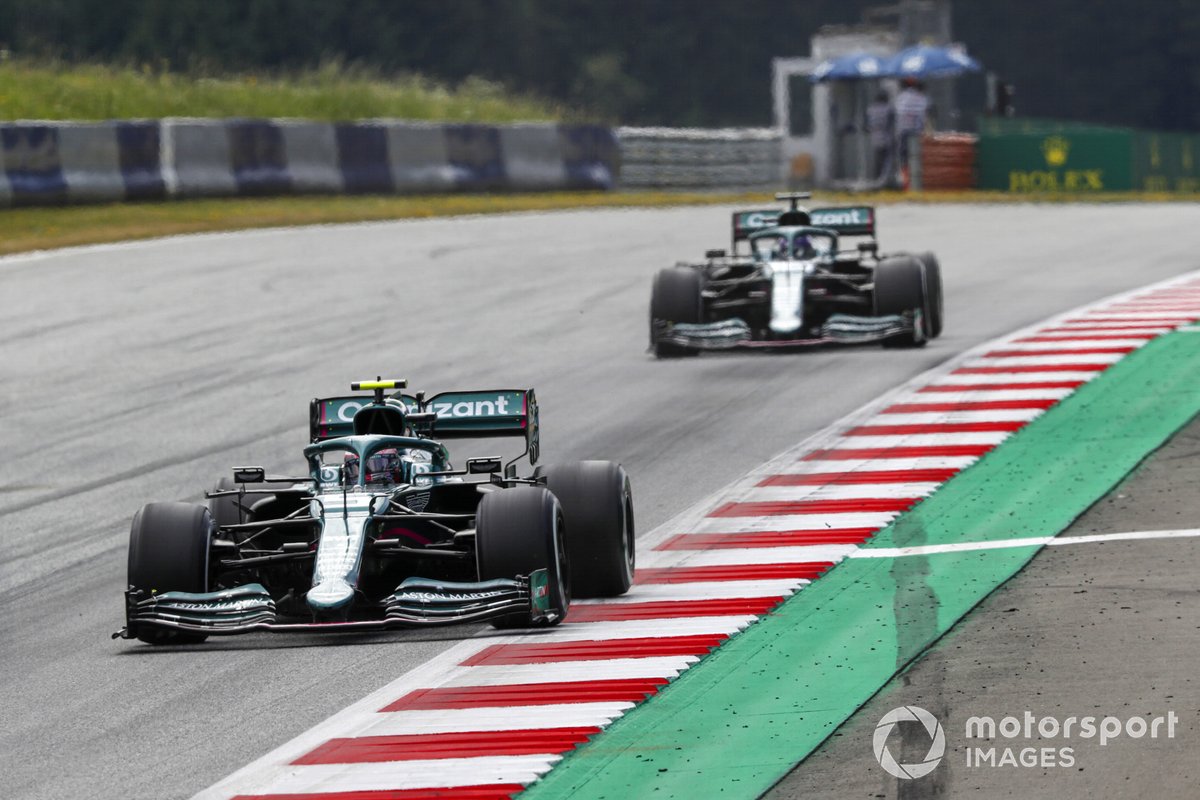 “For a day-and-a-half of the three days, I think we had all kinds of glitches with the car. So a lack of running time.

“Yes, he’s the most expensive, but I think he’s doing a great job.”

Stroll felt the team had a “perfect driver line-up” with the “blend of championship-winning experience and know-how” offered by Vettel and the “raw young talent” of his son, Lance.

Stroll Jr scored his first pole position in Turkey last year as well as two further podiums, but has failed to finish a race any higher than eighth this year.

Asked if Lance could be a weak link in Aston Martin’s ambition to win a world championship in the next five years, Stroll Sr said his son son was doing “an extraordinary job”.

“Whether it’s his performances on pole or the several podiums, you know, he's competing this year with Sebastian, I think they're probably about even.

“So I don't have any concerns or feelings that Lance has lack of performance. As he grows, he will get more experience. Like anyone else his age, he will get stronger. So I have absolutely no concerns.”