Kevin Magnussen is adapting well to the demands of Formula 1, according to McLaren racing director Eric Boullier

Magnussen, the reigning Formula Renault 3.5 champion, had only three days of testing in F1 machinery prior to the start of the 2014 pre-season but has made good progress.

Boullier has been taken aback by the Dane's start to life as an F1 driver, especially considering the increased technical demands on drivers of the 2014 regulations.

"Surprisingly, you can feel he is already very at home," Boullier told AUTOSPORT.

"He is still a bit shy maybe in terms of expressing his feedback, but it's going right.

"There are many [technical] parameters and he is doing it cleverly, not going too much into details now because he doesn't want to get lost in aero strategy or tyre management."

Magnussen has suffered a few off-track moments during pre-season, notably a crash near the end of the first test at Jerez, but he has shown impressive pace.

Boullier is impressed with how quickly the 21-year-old is progressing along his learning curve ahead of the Australian Grand Prix on March 16.

"He is doing well," said Boullier. "It's a different story from drivers in the past who had lots of miles under their belts.

"For a young driver who did only a couple of days in an F1 car, he is very impressive. 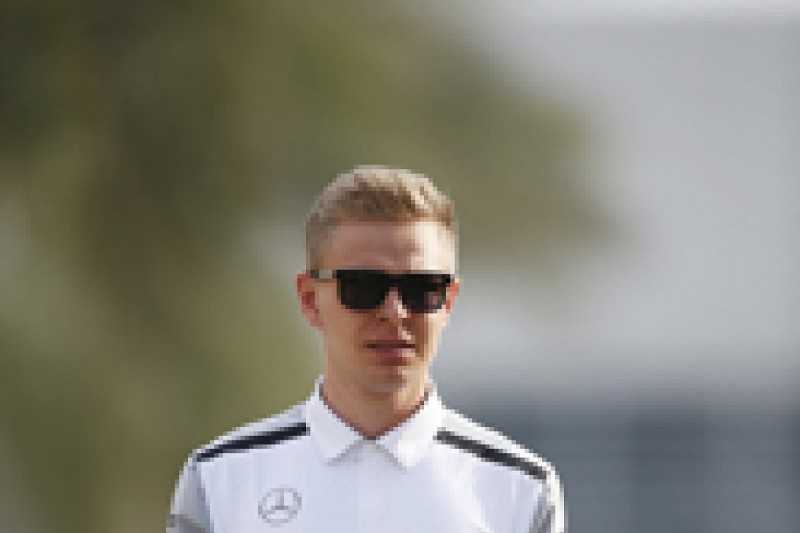 "He is consistent and obviously you have the usual problems with tyre management for a kid like him because they are used to a different world where they could push through the race.

"Here, you have to be a bit more careful with the tyres if you want them to last long enough during your stint.

"That is what he has to learn, but he is doing very well."

Boullier is also impressed with Jenson Button's work during testing having never worked with the 2009 world champion before.

"I didn't know him too well, but he's a very established leading driver, which is very good for the team," said Boullier.

"They have somebody who can take decisions, give good feedback and tell them exactly what he needs. That's good."

You can read more on the challenges facing Kevin Magnussen, Jenson Button and McLaren - as well as everything you need to know about the grand prix year ahead - in AUTOSPORT's bumper 2014 F1 season guide