Mansour Ojjeh, who had been a shareholder in the McLaren Formula 1 team since 1984, has passed away at the age of 68.

McLaren confirmed in a statement on Sunday morning that the Swiss-born businessman died in Geneva surrounded by his family.

While Ojjeh was most famously known in F1 circles for his decades long involvement with McLaren, his first entry in the sport actually began with Williams.

His father established the Techniques d'Avant Garde (TAG) investment firm which became a backer of Williams in 1979.

The British team took its first F1 victory that year at the British Grand Prix, with it going on to win the F1 world championship with Alan Jones in 1980.

Ojjeh was approached by then McLaren boss Ron Dennis at the end of 1981 with the view to TAG becoming a partner in his team, and a deal was put together that involved funding of a Porsche-built turbo engine.

Later that year, Ojjeh became a majority shareholder in McLaren as the team went on to deliver more world championship titles.

Ojjeh was the inspiration behind McLaren's push into the automotive industry, after managing to convince Dennis that producing a road car would make good commercial sense.

TAG's involvement in McLaren remained strong through the road car, electronics and marketing divisions of the company. 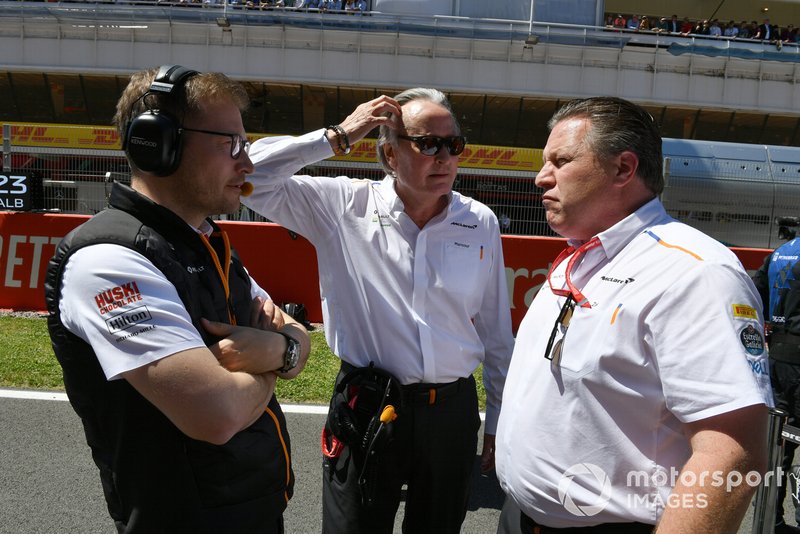 While Dennis stepped away from the McLaren F1 team, Ojjeh remained loyal to the team – although his shareholding was diluted over the years with Bahrain investment firm Mumtalakat becoming investors.

Ojjeh also battled ill health and in late 2013 he had a double lung transplant after suffering with IPF lung disease.

Although returning to full fitness and continuing work with McLaren, in 2020 he handed over his place on the team's board to his son Sultan.

Ojjeh remained a big fan of F1 though. In an interview with Autosport in 2017, he said that his involvement at McLaren felt like being part of a family.

"I like seeing the people, some of whom I have known for a very long time, I like going into the garage, I like being in the pits. Of course I like winning when we're doing well," he said.

"It's just the challenge of Formula 1, I think. And being in different countries. I like to go around and to thank the people who work for us and make this happen, because they need accolades. With 3500 people in the company, it's the least we can do."