Alonso made his debut in IndyCar's blue riband event in May, starring in qualifying and the race before retiring with an engine problem near the end.

But the Spaniard and McLaren have struggled all year in F1, scoring just two points in the first 10 races of a season plagued by reliability issues with its Honda engine.

The two-time champion has seen the chequered flags just three times so far in 2017, while a ninth-place finish in Baku is his best result.

When asked about the positive moments of the first half of the season, Alonso said: "Yes, the Indy 500."

Pushed for positives beyond that, he replied: "No. We expected to be much more competitive and we are not delivering what our expectations were.

"We are working very hard to improve the situation as soon as possible, but it's definitely tough." 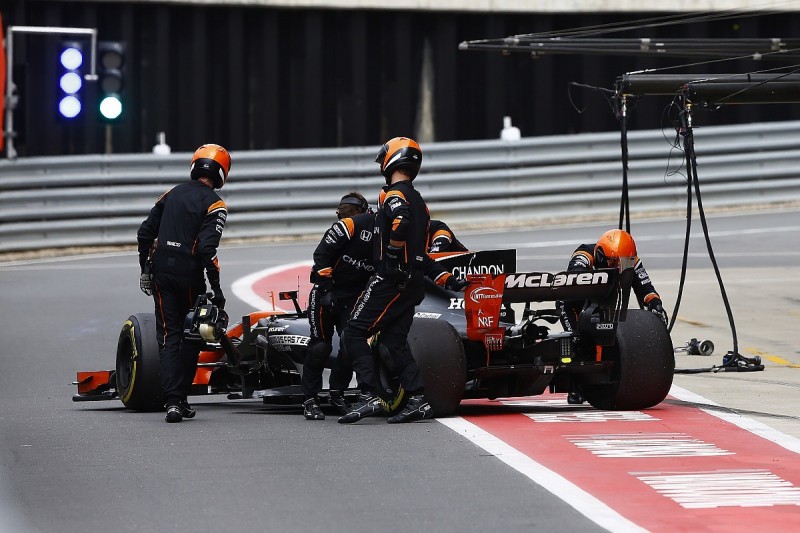 Alonso's current contract with McLaren expires at the end of the year and he is yet to decide if he will continue with the Woking team, saying he wants to be in a position to win races in 2018.

With the options of securing a drive with a frontrunning team looking slim, Alonso said a future in IndyCar was possible, but insisted staying in F1 remained his priority and that he was open to moving to "any team" to win his third title.

"It [IndyCar] is there, it's one possibility. I've always said I'm very open to what may come in the future," Alonso added.

"My priority is still Formula 1 and winning the third championship, but I'm open to find the way in any team to achieve that.

"I'm open to see another series if that is not possible for next year, so let's see in one month or one month and a half.

"If those happen there'll be a possibility that I stay and that's something that I will have to consider in September."