McLaren team principal Andreas Seidl believes Daniel Ricciardo's improved comfort in the car will boost the squad's development, as it will be able to start tapping into the Australian's vast experience.

Ricciardo had a slow start to his McLaren stint after moving over from Renault, being outraced by teammate Lando Norris while he tried to get comfortable in the 2021-spec MCL35M.

But at last weekend's Spanish Grand Prix Ricciardo claimed he had made a "mini breakthrough" with the car, which he translated into a seventh place in qualifying and a sixth place at the finish, two spots in front of Norris.

After the race Ricciardo said Barcelona was "definitely a more encouraging weekend" as he had been able to take "a little step forward".

Team boss Seidl agreed it was "good to see that Daniel felt a lot more comfortable in the car", not just for the team's immediate results in its P3 fight against Ferrari, but also for its long-term car development. 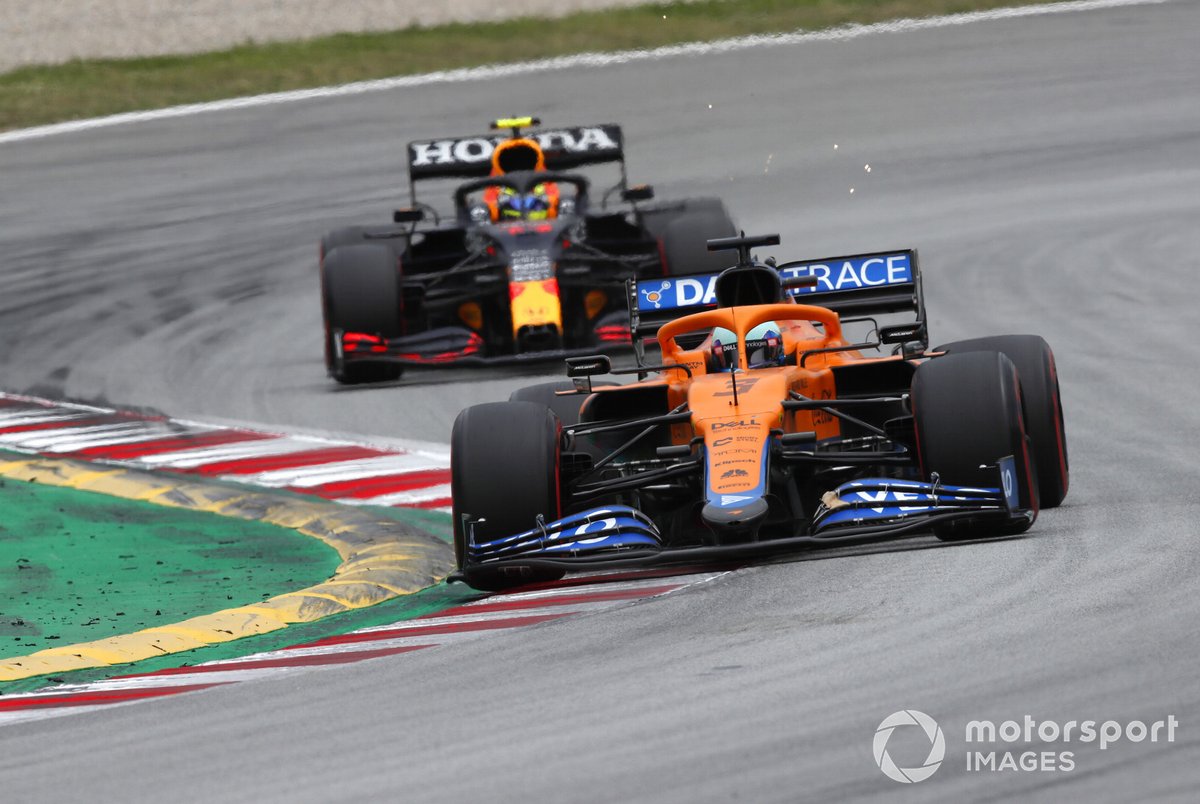 With Ricciardo increasingly confident in the car, he will be able to shift more attention towards helping McLaren with his 10-year F1 experience as the team prepares for 2022's new regulations cycle.

"For sure one reason why we wanted to get Daniel on board was because he obviously has a lot of experience and he knows what he needs as a driver from the car in order to go fast, "Seidl said.

"And therefore I'm really looking forward to the race weekends where he feels really comfortable with the car, because then I think we will see the real benefit not just in terms of speed but also in terms of his experience helping us to keep developing the car further together with Lando.

"As a team boss what I need is simply two drivers that are pushing each other, that are pushing the other cars on track. Because if you want to stay in this fight in the constructors' championship, you need to have always two cars being there, with two drivers being always in position to score good points."

Seidl expects it will be a matter of time before Ricciardo is up and running on all cylinders but praised the Australian for staying calm during his challenging start at Woking.

"I'm obviously very happy with how it went in terms of integration of Daniel into our team," Seidl explained.

"I think we all know what personality Daniel is, which character he is, so I wouldn't say that it's a surprise how he approached these challenging first races with us.

"I think also on the team side everyone who was involved in this integration process engineering side or the garage side did a great job in order to stay also calm.

"We are not there yet where we want to be, where Daniel wants to be but as I said many times I'm 100 percent convinced it's just a matter of more races and then we will see performance as we are used to from Daniel."