McLaren is weighing up 2015 Formula 1 options for its junior driver Stoffel Vandoorne, but has not ruled out keeping him in GP2 for another season

Vandoorne has made good progress in recent rounds, winning the sprint race at the Hungaroring and battling hard for the feature race victory at Spa-Francorchamps last weekend before losing out to eventual winner Raffaele Marciello, who is part of Ferrari's F1 junior scheme.

His run of form has left Vandoorne convinced he is ready for F1, and McLaren racing director Eric Boullier admitted on Tuesday that it was possible he could get promoted to either a test role or racing opportunity further down the grid in 2015.

"It is a little bit too early to take a decision," said Boullier during a McLaren media phone-in.

"I think if you have to go to F1, first he needs to feel ready, and I am happy that he feels ready. He also needs the opportunity to step into F1, but not in any condition [at all costs].

"We are now assessing all scenarios. I think GP2 is one of them, as he still has to learn more about GP2, get more wins and obviously fight for the championship.

"He is doing a good job for the first year. You can see really clear progress over the last few races.

"He is very dedicated and I am happy to see he is getting there - but it is too early to have plans, so everything is open."

NO DOUBTS ABOUT READINESS 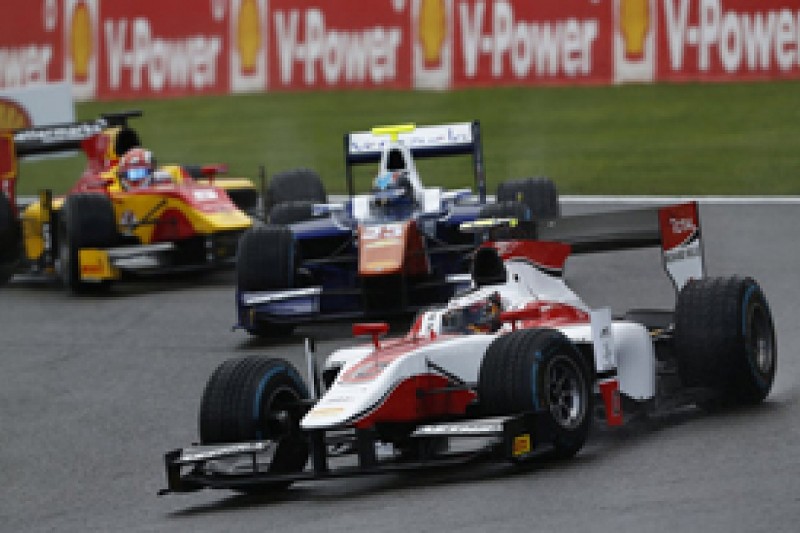 Vandoorne, who also won the GP2 season opener in Bahrain, thinks that his experience this season - allied to the F1 testing he did at Barcelona and Silverstone, means he feels the time is right to move up.

"I feel ready," he told AUTOSPORT. "I've done a year of World Series [Formula Renault 3.5], I'm in my second year of high-powered cars in GP2 now, and I've been testing the McLaren F1 car this year.

"You progress every year really, especially this year. It's probably the season I'm [most] involved in the technical side, which is very important with all the changes in Formula 1.

"GP2 is complex with the tyres, which is similar to F1, as well as setting up the car. It's a very good feeder series and preparation for F1."

Kimi Raikkonen believes Ferrari getting stronger as F1 2014 goes on

Anderson: Drivers not to blame for Spa clash