Nikita Mazepin says he is keeping all legal options open after losing his drive with the Haas Formula 1 team, but says he has lost "trust" in the team.

Mazepin insists that he’d had no contact from team boss Gunther Steiner after the previous week’s Barcelona test, where the Russian colours were removed from the car, and he only found out about his sacking at the same time as the rest of the world.

He says that he was ready to sign the document provided by the FIA to Russian drivers, which would allow them to compete under a neutral flag, while he also received a second letter from the FIA on the matter and was still considering that when he learned that the team had terminated his contract.

Speaking to the media for the first time since losing his F1 drive, Mazepin says he doesn’t want to return somewhere where he’s not wanted, saying he does not have the necessary “trust” in the team.

“I value relationships a lot,” he said. “I believe that F1 is a unique sport because it is very much about team building.

“And this chemistry that you have ongoing between your male and female colleagues to get the car in a position where it can do well, and I was very disappointed because the way it was handled.

“I have been worried about my future ever since I left Barcelona and I have been told that if the FIA or the governing body allows me to compete on their rules, and I agreed to them, there will be no actions to remove me from the seat, because there is no legal obligation or reason to do so.

“In my previous relationships with Gunther, which I rated a very good one and respected him as a man, very much so, I have been used to believe 101% in his words, He's a team principal, and if he says something it normally happens, or it always happens.

“But I have not heard any information from the team ever since this happened. And I learned about the firing of me the same time as it had been released to the press.

“I'd like to think I'm a young man at 23, and I was not ready for it. I didn't receive any hint or any support to say that this is a decision we've taken, it's going to go live in 15 minutes, just be ready for it.

“I obviously had a lot of messages from people, and I just learned at the same time as you guys did." 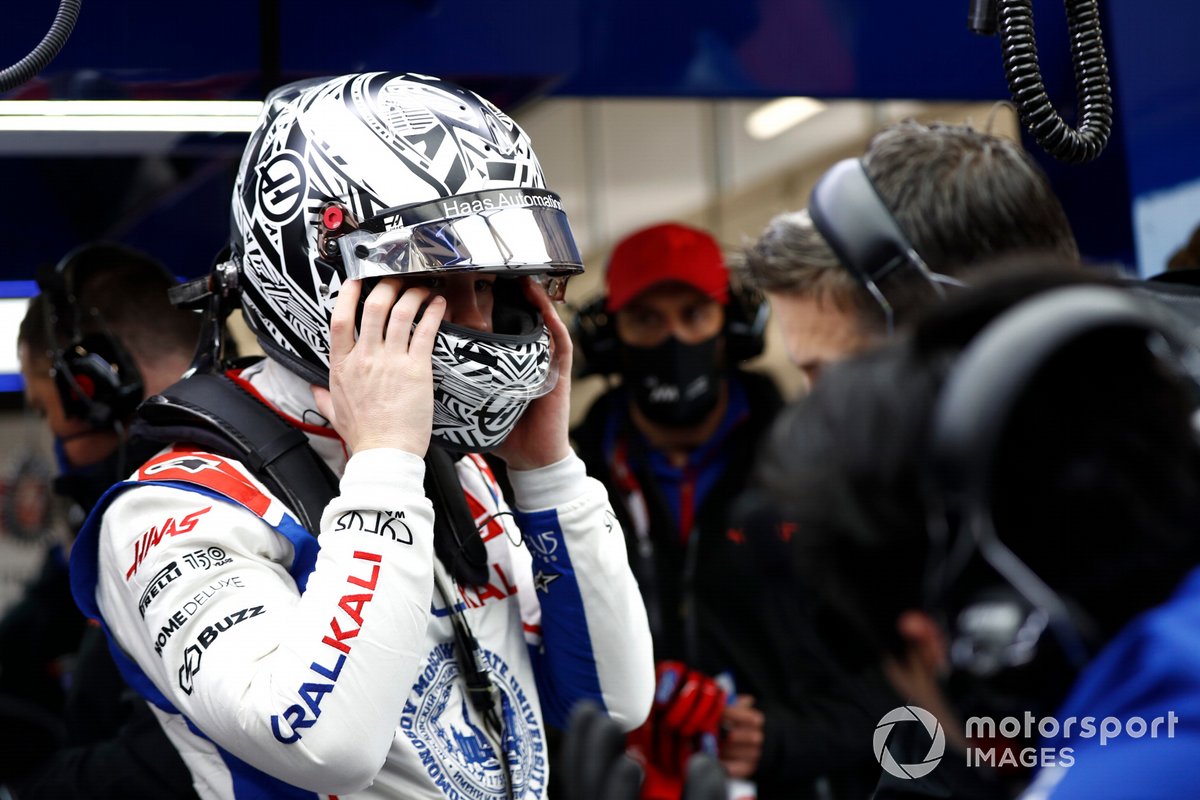 Uralkali has already announced that if necessary it will take legal action to recover the sponsorship it has already paid to Haas for 2022.

Asked about the prospect of possible action regarding the loss of his drive Mazepin didn’t rule it out, but made it clear that he would be uncomfortable about returning to Haas.

“I would say that it's good to keep all options available,” he said. “But I definitely don't want to go back to a place which doesn't want me. And as you know, F1 is a dangerous sport.

“And you have to rely on and believe in the team that you're working with. It's a question of safety. And I think it's fair to say I do not have that trust in them.

“In regards to the support from the team, I do feel like I should have had more because there has been no legal reason that could enable the team to terminate my contract on legal terms.

“I have explained that I have been very relieved to see that the FIA has allowed athletes to compete on a neutral status. And I was hoping, and to be honest, the hope was feeling close, that I will be able to compete.

“But obviously, 5 March at 1145, Moscow time, things really changed. And I lost my dream, which I was working towards for 18 years of my life.”