Seven-time Formula 1 world champion Lewis Hamilton says his landmark 100th pole at the Spanish Grand Prix felt just like "one of the first" of his career.

His 100th pole position came almost 14 years after his first, at the 2007 Canadian Grand Prix that also yielded his first win.

PLUS: How Hamilton’s qualifying record compares to Senna and Schumacher

But after all those years 36-year-old Hamilton said his emotions after achieving his 100th pole "felt like one of the first".

"The 100-mark is something that I don't think anybody and particularly me never thought that I would ever get to that number," Hamilton said.

"But when I think about it, I just think about all the people that have helped me get there.

"It's not only the amazing team that I have here, but it's an incredible group of men and women back at both factories, who just never cease to amaze me, who continue to raise the bar. 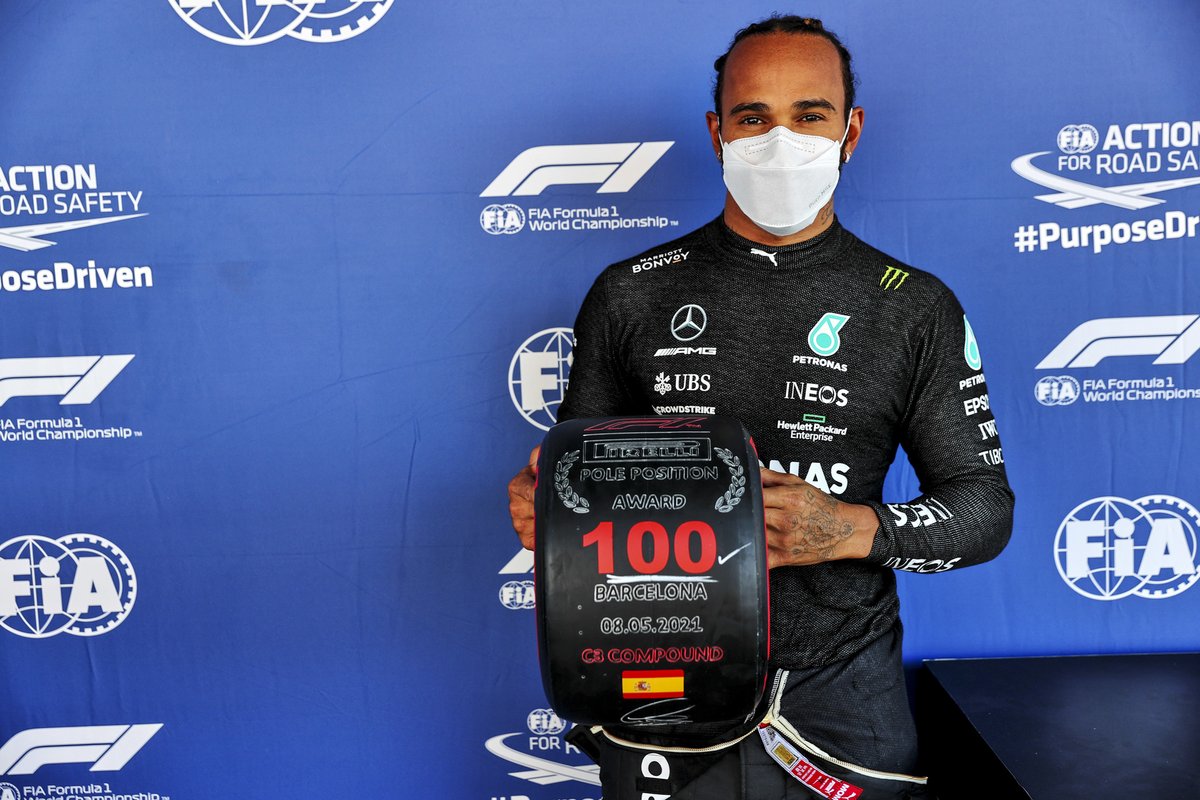 "It's crazy that it is 100 and it felt like one of the first, and that's for me even more special because as I said, there's just been so many qualifying sessions, so many near misses, so many mistakes, so many moments of growth.

The circumstances of Hamilton's first pole, at a time when he was involved in a bitter intra-team battle with McLaren team-mate Fernando Alonso, couldn't be more different than his 100th.

But when asked how his emotions on Saturday compared to Canada 2007, Hamilton said it felt "really similar".

"I would say very similar, really similar," he replied.

"I think back then it was where I was pushing for equality in terms of fuel load alongside my team-mate.

"I don't know if people know but 10 kilos of fuel is worth over three tenths of a second. So, if you're carrying an extra lap or so more fuel, which we were back then, that's a tenth and a half or so.

"So, that was special and kind of felt amazing, firstly just to reassure that I was able to do what I did back then.

"And here we are, hundreds of qualifying sessions or whatever it is, 100 poles later and still feeling young. I'm good to keep going."