Nikita Mazepin says he has no concerns about facing penalties and stewards sanctions in Formula 1 as he did in Formula 2, believing he needs “a very different driving style”.

Mazepin will make his F1 debut later this month with Haas after graduating from F2, where he finished fifth in last year’s championship.

The Russian driver ended last season on 11 penalty points after a string of incidents, leaving him just one shy of the threshold to trigger a one-race ban.

Mazepin’s penalty points record is wiped as he moves up to F1, but the same system is in place for drivers who may reach 12 points.

But Mazepin said he does not have any concerns about the stewarding in F1, explaining how he will need a different driving style with Haas given he is no longer fighting for a championship.

“It's not something that I fear because I'm confident that's not going to happen,” Mazepin said.

“I take a lot of time to go through the regulations, study them and understand them, understand where that fine line is.

“Like one of the great racing drivers said, if you don't go for a gap that exists, you're no longer a racing driver, and I think this is applicable to every driver in F1.

“To get there you do need to be willing to take every opportunity, because if you will not be doing it, somebody else will. You obviously sometimes overstep that line. 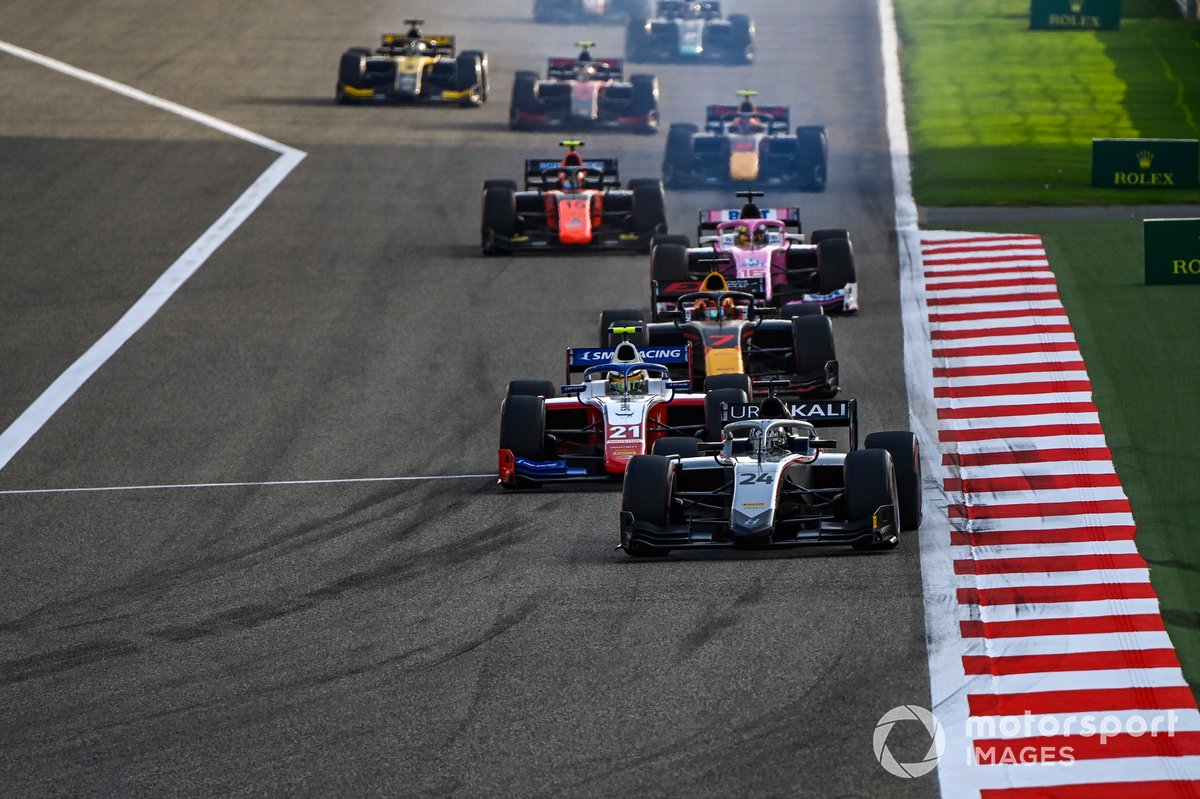 “It's not up to me to decide. It's the stewards decision. Like I said, everyone's got a job in F1. And I'm not a steward. So I respect their correct decisions on some of those moves.

“But I'm confident to say that you won't be seeing that in F1 in the coming years, because there's a very different driving style needed when you are fighting for a championship and potentially fighting further back down the grid.”

Mazepin arrives at Haas as part of an all-new line-up at the team for 2021, when he will partner fellow F2 graduate Mick Schumacher.

Haas has already confirmed it will not be developing the 2021 car as it puts all of its focus on 2022 when the regulations change, seemingly resigning the team to a year at the back of the field.

ANALYSIS: Why Haas is prepared to sacrifice its 2021 F1 season

But Mazepin said he has no concerns about the development plan, expressing confidence in his team.

“I'm definitely not worried because I have huge belief and trust to see the amazing work that Ferrari and Haas are able to put together both from the engine and the car side,” Mazepin said.

“I was fortunate to meet [the] people myself recently, and I can say that Haas with their work ethic and the amount of hours they're putting in, they really do deserve a better result than they have gotten in the past.

“I'm confident that the work for the upcoming years will help achieve those results.”