Max Verstappen says Red Bull's "painful" engine deficit to Mercedes and Ferrari is costing him half a second at the Brazilian Grand Prix, where he couldn't compete for pole position

Valtteri Bottas narrowly beat the Ferraris of Sebastian Vettel and Kimi Raikkonen to the top spot on the F1 grid, while Verstappen was six tenths of a second back in fourth.

"I looked at the GPS data and we're definitely missing half a second on the straights - and that's the gap," Verstappen said after qualifying.

"We could improve the balance a little bit, but looking at it afterwards, it was still not too bad compared to the pole guys.

"We knew it was going to be more painful on this track and I think it showed again.

"If you look at sector two, where the corners are, we only lacked eight hundredths, and there is still a bit of a straight going on.

"Maybe just one or two corners where we could have been a bit better, and the rest we lost out on the straight.

"In the race we should be closer, but if it's going to be close enough, I'm not sure."

Verstappen dismissed any concerns about his engine's reliability, having reverted to an older unit, saying "if it blows, it blows", and joking that "it will be good to me, otherwise I'll punch it!"

Team-mate Daniel Ricciardo described his current inability to improve from Friday to Saturday of a grand prix weekend as "a bit of a mystery", and he felt the soft tyre - which he progressed from Q2 with - was better than the super-soft compound at Interlagos.

"When we're looking for those few more tenths when the track ramps up, we don't have it," said Ricciardo, who was one second off the pace in Q3 and will start 15th thanks to a grid penalty.

"It kind of felt like the soft was better for me, I wish I would've had more sets in Q3 and left the super-soft at home.

"Normally from a soft to super-soft you gain front grip - the super-soft is easier to get the bite.

"But if anything, that was the problem with my super-soft, I had less on the front, so it was frustrating.

"I sat with the engineers and we're looking into it. We had a pretty big vibration on the second set in Q3 - why, we don't know.

"The first run in Q3, we were just slow, and at the moment, not sure why." 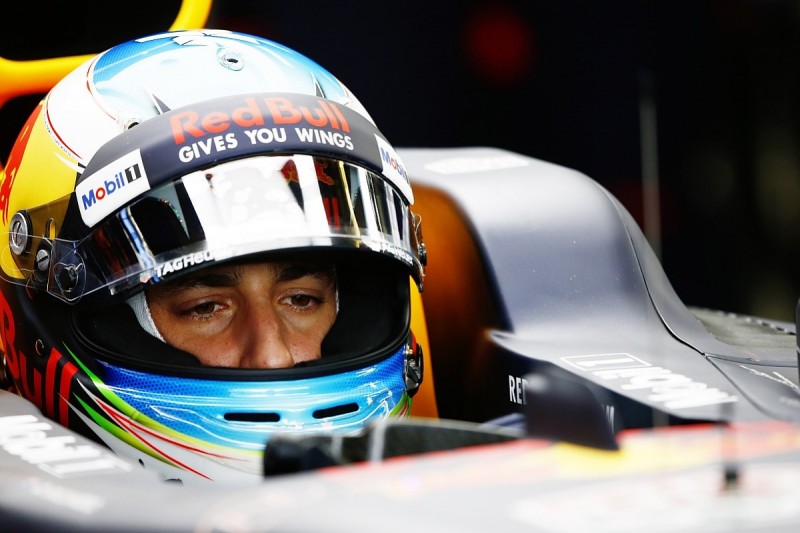