Max Verstappen is ready to fight for the Formula 1 world championship in 2017, according to Red Bull motorsport advisor Helmut Marko

The teenager won on his Red Bull debut at the Spanish Grand Prix this year, with other star performances in the season including his drive in the Brazilian GP that Red Bull boss Christian Horner said was up there with Ayrton Senna and Michael Schumacher.

"When I first met him he was a 15-year-old boy with the maturity of a 26-year-old man and an unbelievable self-confidence," Marko told the official F1 website.

"Since then three years have passed and he's had a sensational learning curve.

"He doesn't make mistakes twice - so he is definitely ready for the title fight.

"There is no need for any more extra preparation: he knows the name of the game.

"He has no weaknesses aside from the act that he is sometimes not patient enough.

"He sometimes tries to force situations his way when all he has to do is wait a bit and it will fall into his lap but this change is already in the making."

Verstappen's driving has been criticised at points during the season by other drivers, but Marko believes he is bringing "a complete new approach" to what he describes as the "establishment".

He added: "He shows them again how racing should be - how it was in the past.

"I remember when guys like Senna and Schumacher came, they also had a different approach and were a shock awakening for the establishment of their time.

"They also were criticised massively.

"Now we have a young, hungry, driver, with a devil-may-care attitude about the spoils of former champions - whether they have won once, twice, three times or even four times." 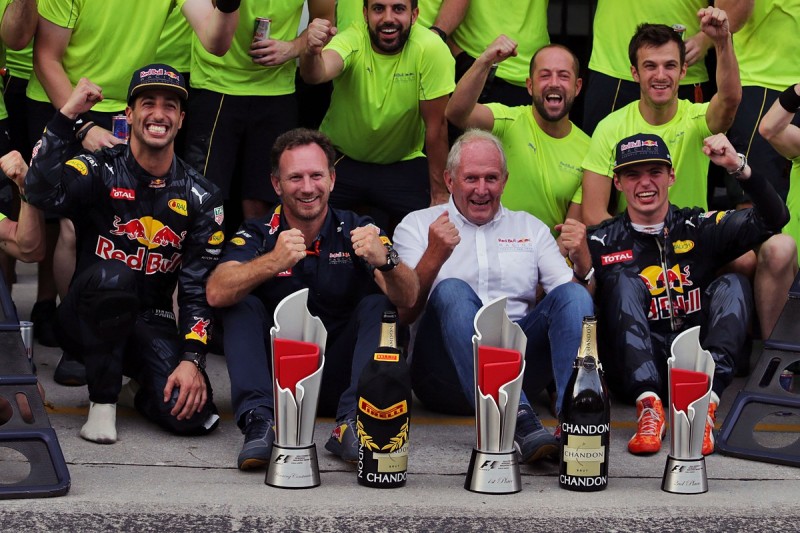 Marko is bullish about Red Bull's chances in 2017, adding he believes Daniel Ricciardo and Verstappen can both help the team take the fight to Mercedes next year.

"The big step forward came from the engine side - and we have been told that we can expect a similar leap forward again for 2017," he said.

"And that should mean that we are very near to Mercedes power.

"So we are convinced that we will fight for both titles in 2017.

"That goes for both our drivers - either can be champion next year - so hopefully we can deliver."