Verstappen came under fire prior to F1's summer break for the aggressive nature of his defensive driving, with Ferrari's Kimi Raikkonen deriding it as "not correct" following their incidents in the Hungarian Grand Prix.

It is understood Verstappen's moves in the braking zone were then discussed during the drivers' briefing ahead of the following race in Germany, following which Jenson Button remarked that "I'm sure he understands a bit better now than he did before".

Verstappen is unfazed by such comments.

"I always see it as a positive thing," he told Autosport.

"If people are talking about you then you are doing something right.

"Of course, you always have people who criticise. Some people are for you, some people against.

"But I just try to do the best possible job for the team because we are fighting with Ferrari. You don't just allow somebody by.

"Of course, I am always on the limit, but that's how you become successful, by being on the limit - because if you are under it then you will never achieve what you are capable of.

"So for me, it [the criticism] doesn't really change a lot. I will drive exactly the same as I have done before because there is nothing wrong with it." 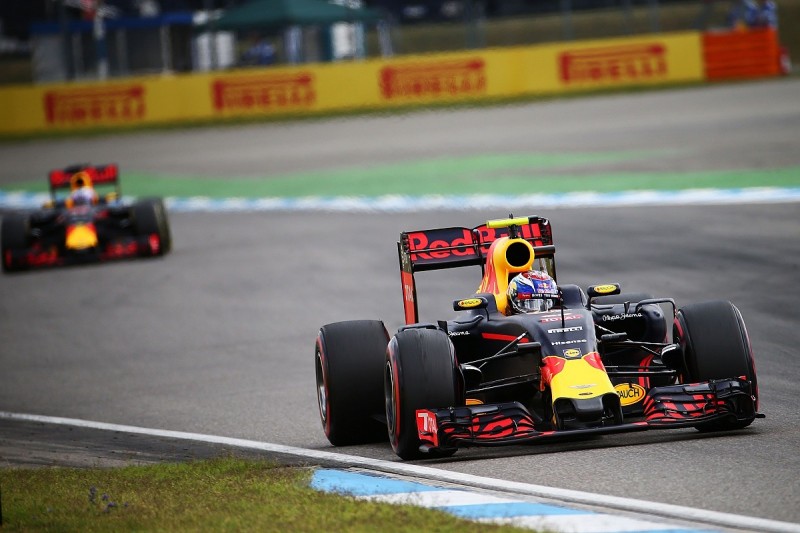 Verstappen recognises there is now a greater level of expectation upon him after his promotion from Toro Rosso ahead of the Spanish GP.

Following his victory at Barcelona in the wake of Mercedes' first-lap wipeout, Verstappen has followed up with three other podium finishes to sit sixth in the drivers' standings.

"After the win, of course people expect a lot from you," added Verstappen.

"Of course, it was a surprise to me to win my first race with a new team straight away, but from there on everything has gone pretty well.

"At Toro Rosso they were very professional, but being at Red Bull is another step up on a number of levels, so for myself I had to step up.

"It's not the easiest thing jumping into a new team in the middle of a season, but so far everything has worked out quite well.

"I've been enjoying it, the pace is there, I'm having good results, and I'm definitely loving it out there right now."

What F1 should learn from Usain Bolt